I have an original cylinder that has never been used and the original box it was shipped in. I am thinking about selling it if there is enough interest and the price is right. I don't trust any carriers to ship the cylinder, so pick up is the only option. I have included many pictures of the cylinder and the box it came in. I live in a southern suburb of Chicago. This cylinder has never been used. 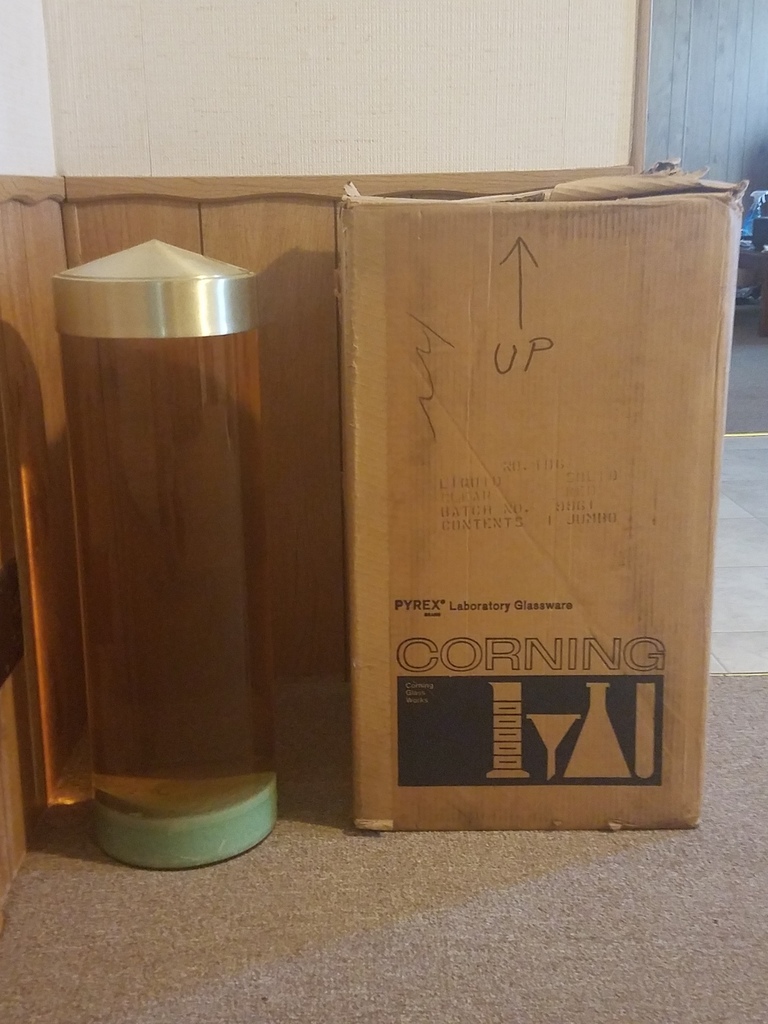 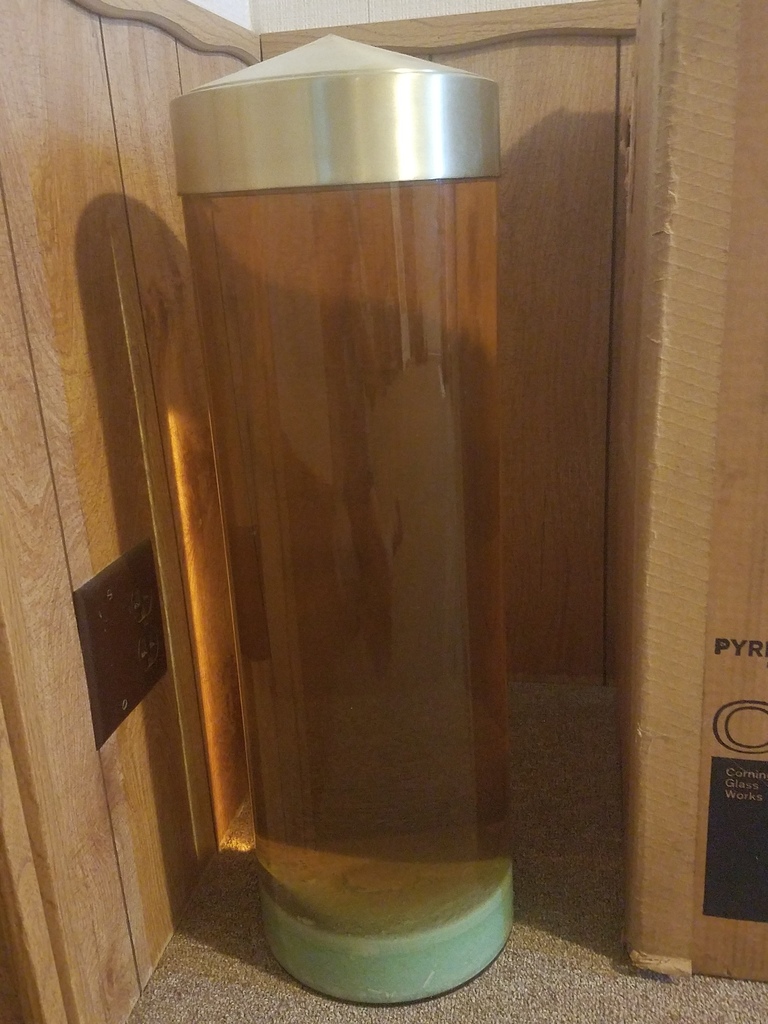 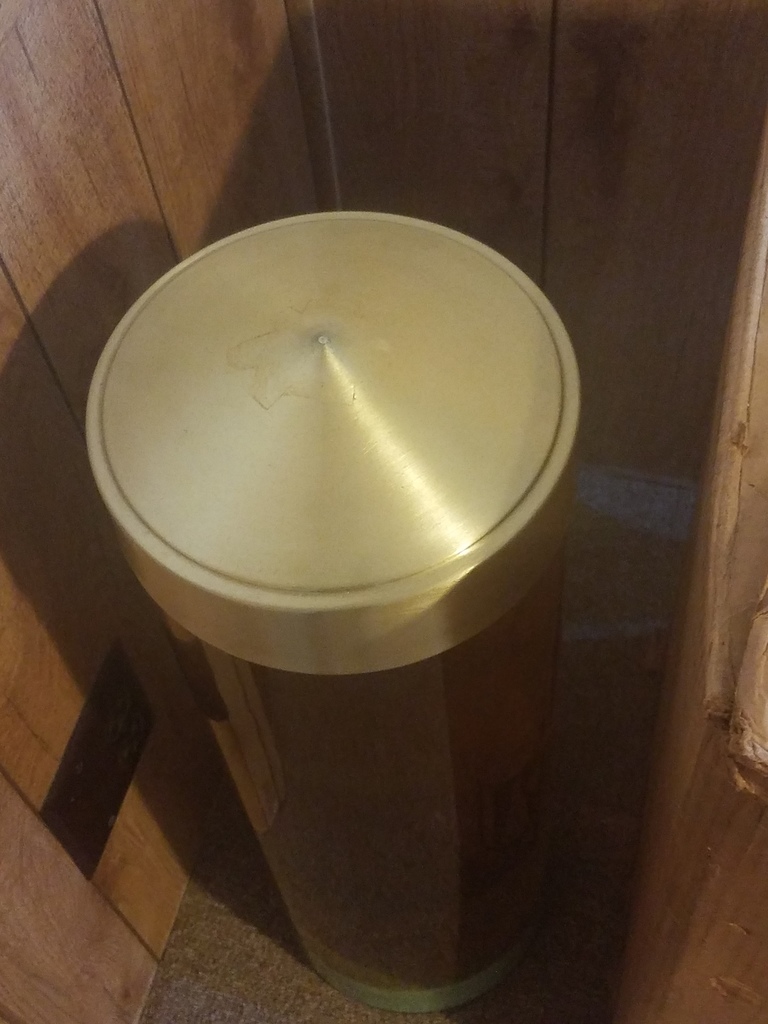 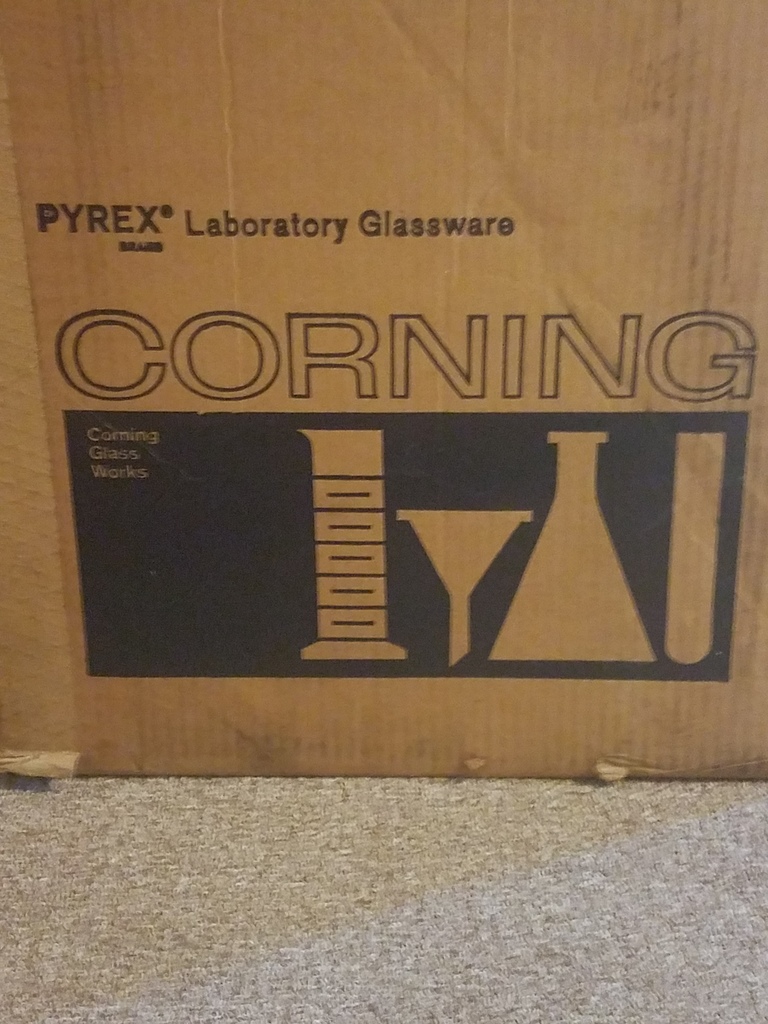 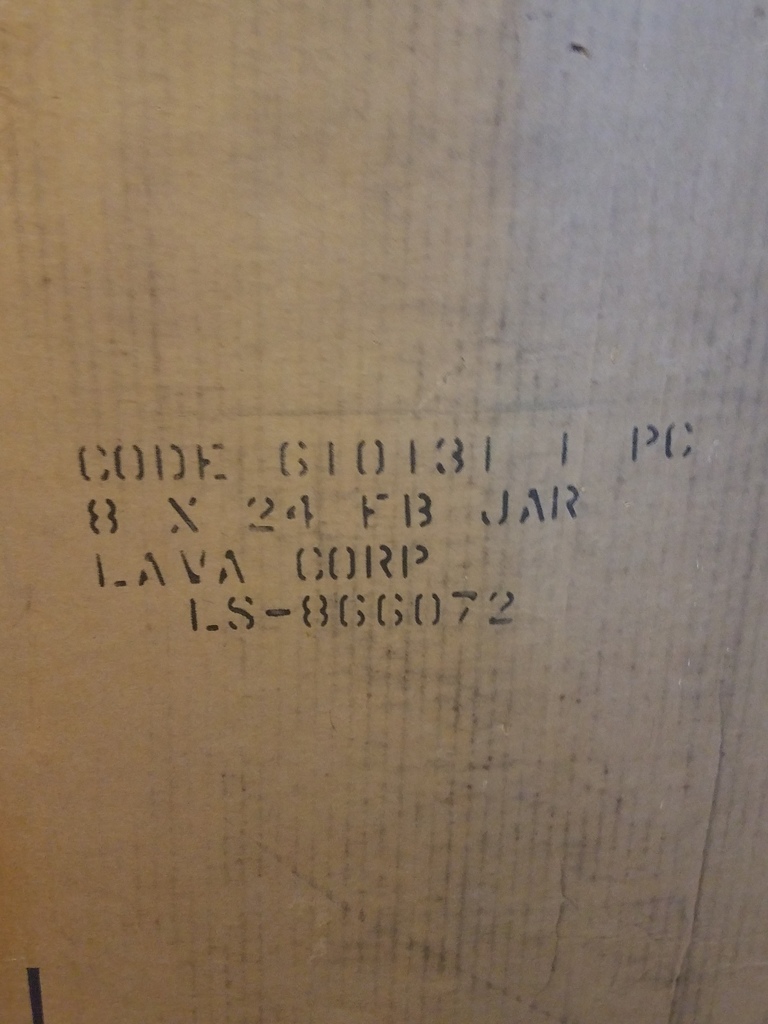 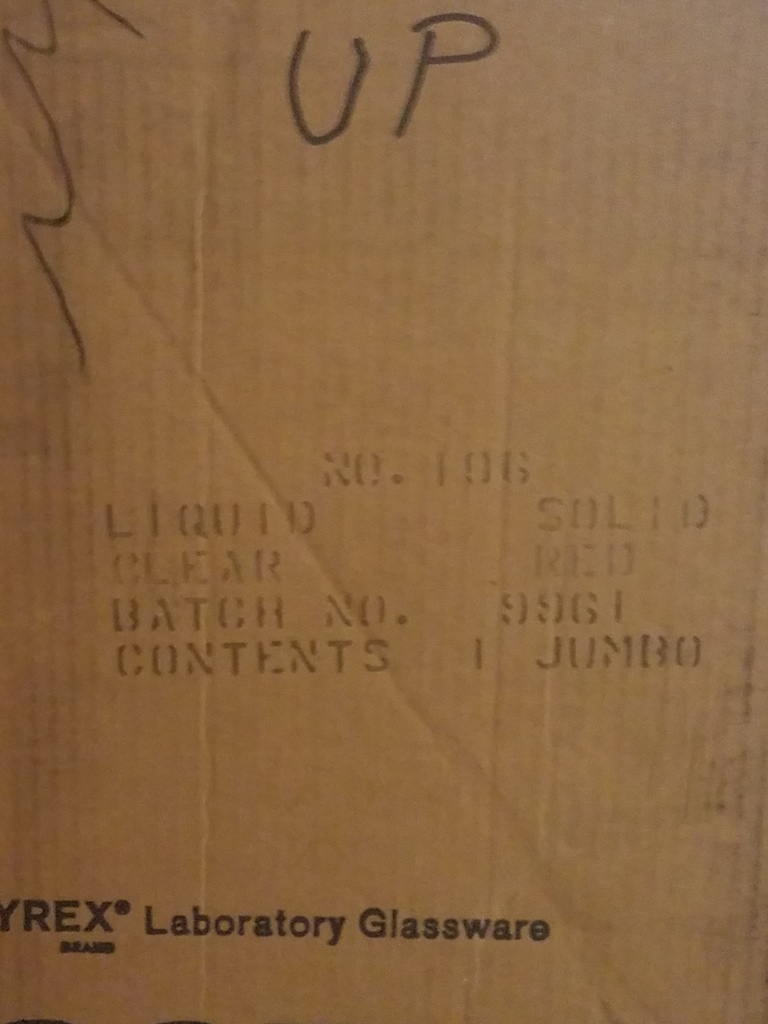 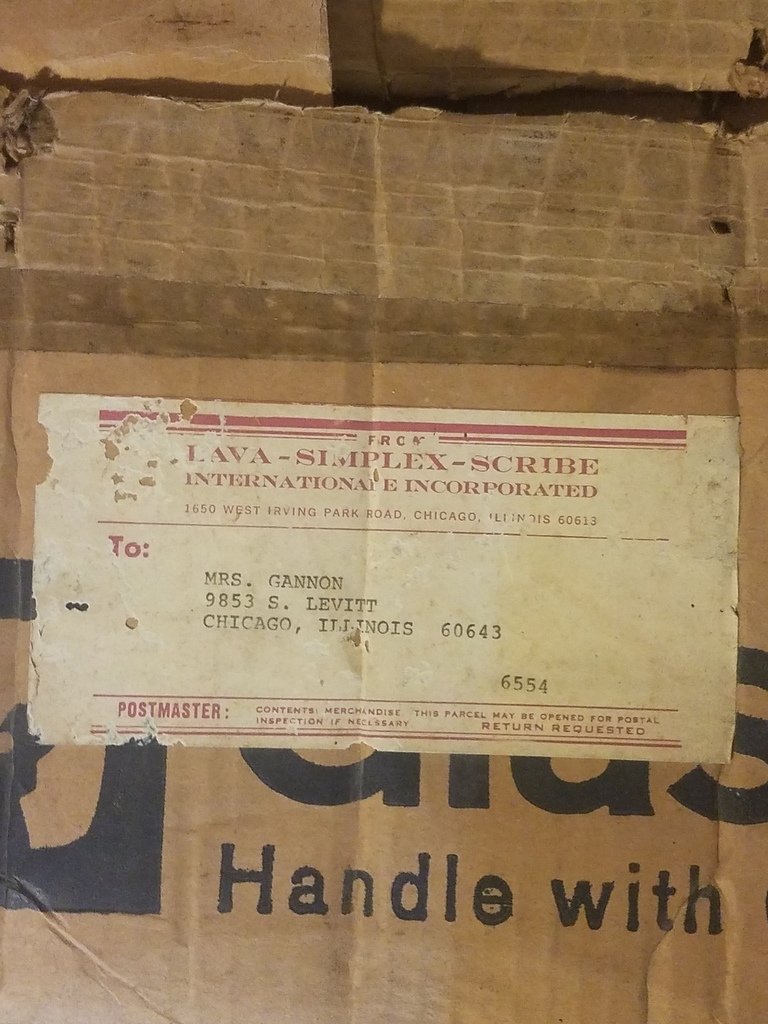 Critter, I do not have any messages yet. Maybe I am looking in all the wrong places.

look for a new friend request from me.  Once you accept the request we can PM, etc

The globe is sold! It is getting picked up next weekend. Thank you for taking the time to view this post. I won't disclose the name of the person that is purchasing or the price. That information will have to come from the buyer if they want to disclose that information.

The person that is purchasing has everything but the globe. they are very happy.

I would love to purchase this if only I had an Imperial lamp base to put it on :(

This is going to make some Imperial owner very happy!

I will never say. that is up to the buyer. Believe me that buyer is going to be very happy,

A lovely super rare tem and even the box is precious.

A 1966 Lava brochure lists 3 colour combos: Orange/clear, green/clear, and red/clear. It's possible that other color combos may exist though.

Note the slight red color to the liquid in this globe. The liquid in my Imperial was a murky red color before I restored it. I personally think the red color is the result of a chemical degrading of the liquid over time.

Also, the brochure list the metal finish as white enamel. Interesting. Is there an enamel finish Imperial floating around out there?

I've been collecting for 20 years, and there are a few lamps I've still never seen. The enamel finished Imperial, and the one piece base early Century (as seen in very early promotional photos) are two of them.

Going by various catalogs and known lamps, Imperials have been offered in at least eight fills: red/clear, orange/clear, orange/yellow, green/clear, green/blue, Champagne Mist... and a Glitterlite fill (gold liquid) exists, which may ir may not have been a custom order but is most assuredly genuine 1960s Glitterlite, not a modern refill. And yes, one catalog lists the Imperial as having white enameled metal parts.

Am I correct that the collector who purchased this had the nigh-impossible-to-solve problem of owning an Imperial base but no globe? If so, this is an unheard-of outcome, finding a globe for sale. I've been on OG since 1997, and in my opinion, this is the most incredible happening I've ever seen on this site. Period.

The lamps known to have been produced, but never yet seen, include the enameled Imperial, the "pineapple base" Continental (like the well-known version but with large round vents and a bulbous, textured, colored glass candle cup), the Menorah "Meditation Series" (one Cross model exists), a 52oz. with a UFO-like base speckled with ivy, shown in the same b/w letterhead drawing showing the only-one-known ceramic base 52oz., the Century with heat-monitoring base, and the first-run Century: copper base (satin or polished), one-piece without pinch seam, rotary switch on side, liquid-when-cold lava.