I have been talking through email. For now I wont mention any names. I dont want the trolls to come out of the woodwork, I know they are stirring. :p

The lamps were not on tonight, hopefully tomorrow but its Friday so maybe not :(

I wonder if the big lamp im seeing is the one you posted Autumn, it was on tonight but is behind a blind in one of the office windows. It glows and lights up the cracks in the blinds pretty good.

Im on vacation next week but I will catch the lamps running soon.

Not sure I like it or not, but at least it shows interest in product development.  It will be interesting to see one in action.  They do look top-heavy though. 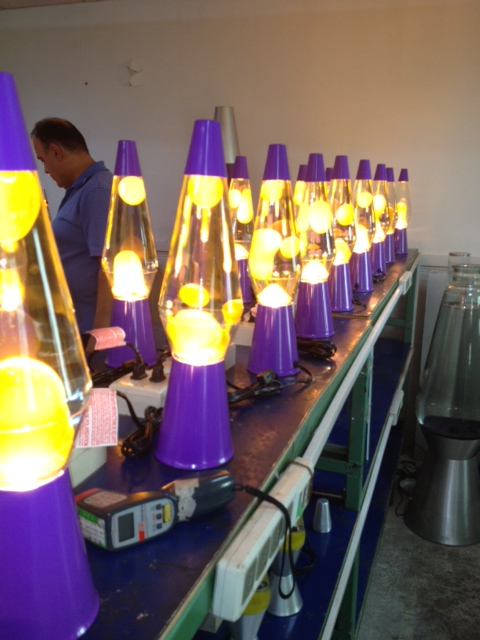 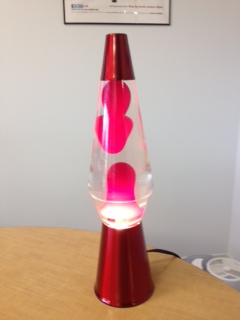 This is so fascinating to me. Not the new lamps per se, but that fact that a few of us are in contact with them and they are sharing. It's perplexing that they would share with us, but not the public. It's flattering, but odd. Fix the formula, bring jobs back here and I'm definitely buying one.

I like the new design. I think it's really neat. Would love to see one in person.

I know what you mean Erin, I just emailed Stephine, who is my contact @ LL, and I was like I thought we were buds :( I thought she would've shared them with me too, but no. I did ask her if these new designs have a name yet so maybe I can get some info.

You know what intrigues me...I mean other than those awesome new designs? That gigantic silver cap in the background. It's not a grande cap...but it's huge. Hmmm...

You beat me to it. If I wasnt so lazy I would have posted that. :p

I have more information to release, plus I will hear more from Lava Lite today so I will post it all then. Most of it should be details about what I have already posted.

I do like the new zebra base design - that looks very cool and they have done a nice job of the packaging - keeping to what lava should be and also making it look cool etc.

Now I am looking forward to buying a USA Lava Lite lamp - probably over a Mathmos one!!!

This is exactly what I was thinking, more lava less base. I like it.

From what I have seen from my talks with lava lite, yes they are serious about this move.

My thoughts too. I love it.

Unfair to give them some tough love because of bad lamps? I don't think so. Personal attacks and unbased claims like "omg they hate lava lamps I hope they go out of business!" definitely unfair. In fact, claims like that have not been permitted here for a while now. I have talked to the CEO of Lava Lite, Dale Zalusky, and he is very passionate about lava lamps. All around he seems to be a nice guy. He shares our frustrations as well. He is not some corporate fat cat set out to drain the life out of Lava Lite like I have heard from some members. He even reads these posts. He specifically wanted to say why he chose now to talk to us. I will simply direct quote him so I can drive home the point that yes, he does read these posts.

I'll try to answer a few questions that I picked up off OG.   Why I'm communicating with you now?

Keep in mind that most of the time people contact Lava Lite they are responded to by someone who is very limited in what they are allowed to say. I would take anything the CEO says with a slightly smaller grain of salt.

Lava Lite will be holding a contest starting the 27th of this month. All I will say is get your sharpies ready.

The clearview model will come in 17" which is 32oz and 14.5 which is 12oz. I may be wrong about the 12oz model. The 32oz models come with red, purple, and yellow bases. The smaller ones come with silver bases. This lamp will be available within the next few months.

The pink zebra and neon lamps will be spencers exclusives. The black zebra will be sold exclusively at Target. All zebra lamps will have a wrap job, but it looked good as far as I can tell.

Here is another shot of the awesome lava lounge. 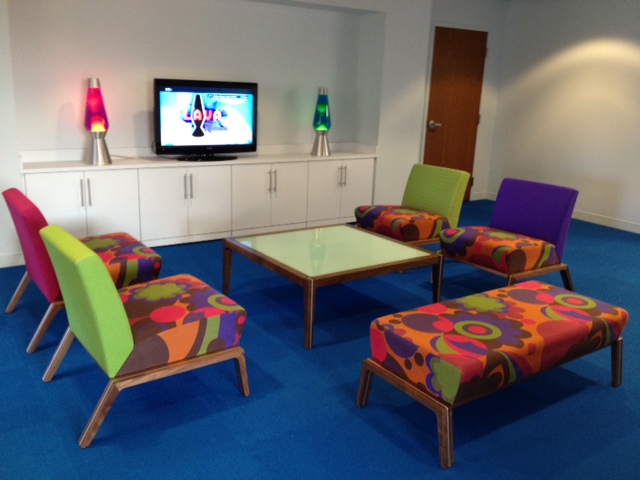 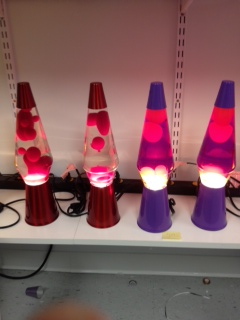 This one is for you lamphead. I was told now you dont have to worry about getting arrested for peeking into windows. This is their conference room display. 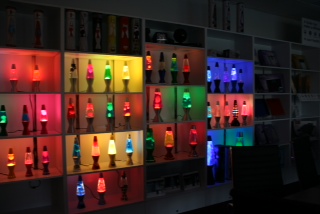 And finally, Dale Zalusky has this colossal beast sitting in his office. I guess if you are the head of the company it would make less sense to not have one of these in your office right? 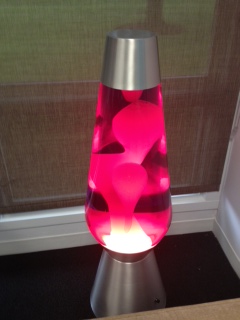 This is all very great news.. Im hoping for the best.. Would be nice to be able to buy a lava lite lamp, that i can keep original.. !