The new Heritage Collection will be available to buy 10/28

**Updated the Heritage Collection will be released today on LavaLite Website at 10am CST. Heres a sneak peak! 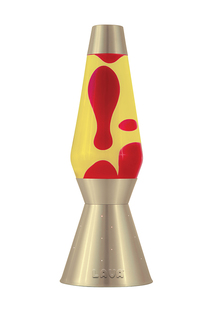 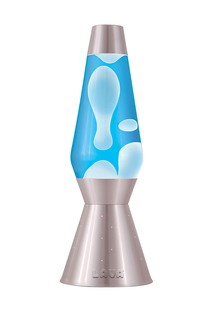 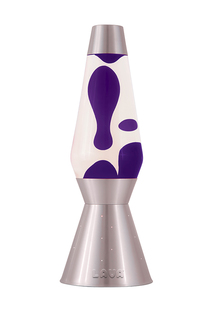 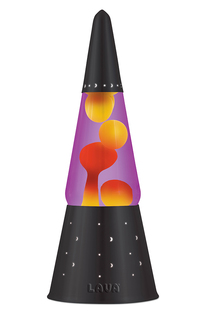 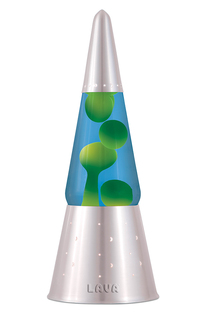 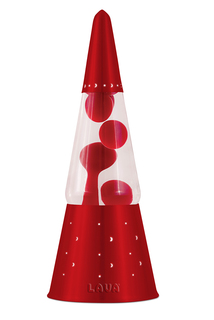 I knew a new base wasn't going to cut it, and basically let them know that.

So now they are apparently sending a new pink globe.

That was a very, very, long and drawn out ordeal, but I'm glad it's finally almost over.

After hearing the woeful tales of Rodrigo, Cowmation, Brad, and Jeff about their replacement grandes (although Jeff's seems to have gotten its act together...?), I'm not too confident that this replacement will keep flowing well. But the extra, unopened globe will at least make up for the fact that I'm about to have to open one of them, and sacrifice another 52oz globe in the process. :-/

If you open that defective globe don't immediately dump it, increase the fluid density with salt (I personally prefer Kosher salt dissolved in boiling water). I am almost willing to bet that doing so will rectify the problem.

Thank you, crit, but I still truly believe that this is a coil issue, because I can temporarily fix it by spinning the globe until the gap in the coil closes for a minute or two. I KNOW that's what it is, but according to lavalite, we here at oozinggoo just made that whole thing up because nobody else is having the problem, and they are "done addressing that issue". ...Even though TEN PEOPLE here reported the exact same problem, at about the exact same time, and all had 1-coil grandes.

Whatever, I'm getting a replacement hopefully, and then I'll finally have some closure.

Permalink Reply by Critter on June 19, 2014 at 7:52am
Glad you are getting a replacement loren.

Permalink Reply by Rodrigo on June 19, 2014 at 8:46am
Loren, mine are still acting up. I can also get them to fix by spinning the globe but only for a few minutes. I've added coils, different sizes, kinds and shapes. Fished them out with a long wire and tried other coils. Still nothing and CANNOT get it to flow past peas and bubble filled peas until the whole thing is full of bubbles of water. My first grande did get fixed and still flows with an added coil but I also noticed that one has wax sticking at the bottom like china lamps do, and maybe that is why that one is able to flow fine. My second v2, still will not flow no matter what I try, dimmed or not, heritage base or not, still no flow.

My replacement is still going good....it did the pea shooting for several cycles but then one time it was fine and has been ever since.  Strange.

I'm sorry you're still having such troubles, Rod. That's crazy that you can't fix your replacements even after adding a second coil...and not at all encouraging. :( That was basically my last hope, if my replacement craps out, too. All I know is that you, Libby, and I have fixed at least one grande so far by adding a second coil. My green grande works every time now...just beautiful. Weren't there some other people who fixed their V2's this way?

And YAY Jeff! I'm glad you are having good luck with your replacement! That gives me a ray of hope!

Well I hope mine works ok.  It's on track for delivery today, not bad for ordering monday with fed-ex ground shipping.

Permalink Reply by Rodrigo on June 19, 2014 at 12:53pm
One of my V2 is fixed and runs great every single time but the second one refuses to improve..

Rodrigo, did you dip those coils in some molten wax to prime them before you put them in? Also, not all 52oz coils are the same diameter...it could be that the ones you've used are too large? If they don't sit flat inside one another, then it can cause problems.

No pre dipping for either one. One coil was from a new 52oz china lamp that was cleaned with boiling water only and worked great. For the second one ive tried a couple of different ones and still nothing. maybe i just need to get another china 52oz for the coil..

Sorry if I'm digging up an old thread without reading through all of it,

are they american made?