I wouldn't use any blacklight bulb unless its a external florescent.

But how can you even do that, IF you have to turn the lava lamp bulb off? No bulb on means no flow = no fun glowing goo.

See this is sort of waht I'm talking about right here with the lack of innovation from lava lite.

People love UV glowing stuff, people love lava lamps. Get an "imagineer" working  on this and knock it out!

I wouldn't use any blacklight bulb unless its a external florescent.

Lets take this conversation out of this thread since this is about LL's new lamps.

This whole thread has gotten off topic. Any more off topic posts made after this point will be removed.

Lets take this conversation out of this thread since this is about LL's new lamps.

Autumn - Can you find out from Dale if the new Clearviews will be Target exclusives once again and when they might be available? 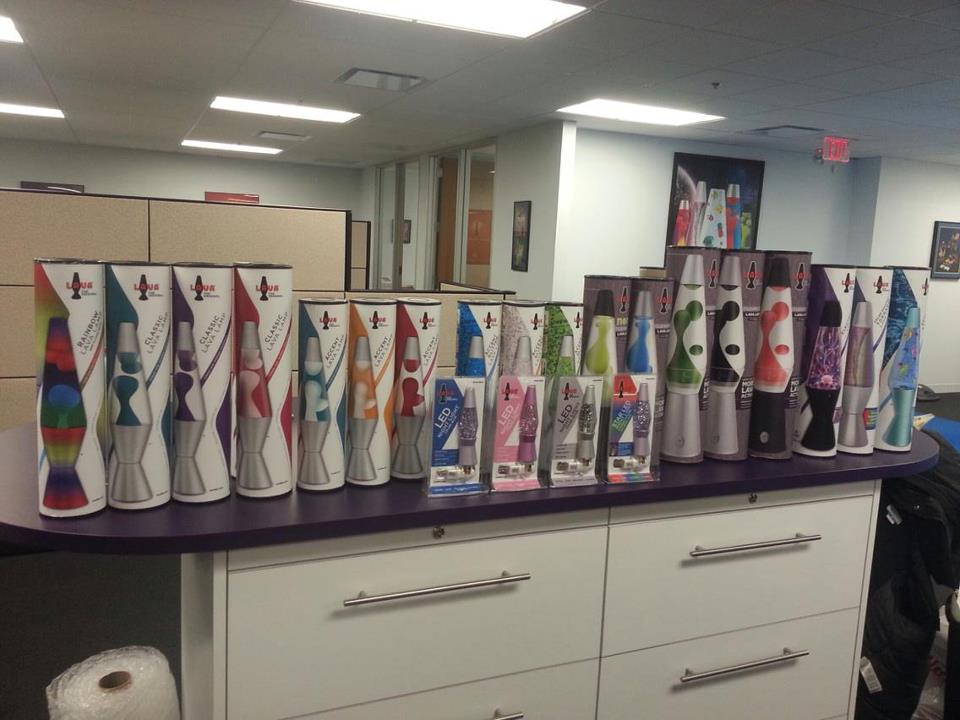 If Lava wants/needs to stick to the shape, I'll accept that. I hope things like the Starship, which is a variant on the same shape, will be produced. What I think really drives us, and what might really drive buyers, is the flow - they'll notice that the cheap lamps look cheap by way of just blobbing around, whereas the higher-quality (at a slightly higher price) lamps have a flow that's really watchable.

The problem I see is that lava lamps are no longer seen as a focal point. People have become accustomed to not WATCHING them, but rather considering them an incidental piece of background decor - you notice that there's a lava lamp there, and the liquids are moving, and that's as far as your thoughts go. To really attract buyers, I think they need to have action that makes people go, "Hey, check out THIS lava lamp! This one's all twisty and snaky inside, this is fun to watch!" See: the flow in the Colossus lamps, which is absolutely spectacular!

When Lava fixes the flow, I'll be buying lamps. I'll be COLLECTING new lamps. Whatever form they put it in, if the flow is first-rate, I'm quite sure it'll not only attract John Q. Public, but several collectors will once again buy lamps for themselves and others. Now, Lava does need to have lower-price lamps available - the 8oz for example - and really great flow may not be possible in the smaller sizes; nonetheless, those lamps are necessary to have in the range.

I also think they could feature more heat-powered glitter lamps - the ones they've been doing lately are very nice! They could make simple, inexpensive changes such as clear liquid with multi-colored glitter or different shapes of glitter like stars, or clear with silver glitter and multi-color stickers that can be added to the underside of the bottle (or as a disk that fits in a Clearview base under the globe) so that the buyer can "change the colors to suit the mood," sort of the way the skins were a customizable user option. Simple additions to the glitter lamps could be an inexpensive way to add to the line-up! Those would be great in Clearview lamps.

All around, I'm still excited to see what they'll do. Even when they were at their worst, and several people were saying they should just give up, several others (myself included) were saying, "We still have faith that they'll get better!" And guess what, they certainly seem to be moving in that direction. So Autumn, thanks for being a great go-between and for keeping us up-to-date, and from a collector for fourteen years strong, thanks Dale for pulling Lava up into the modern age and still, we hope, throwing a bone to us collectors! If your products are first-rate, I (and I hope we) will be the first ones to tell others to buy them!

P.S. Autumn, about two years ago, I saw in stores some knockoff-brand China lamps in the 20oz Lava Brand shape. Did the guys at Lava find their supplier selling those elsewhere and put the kibosh on that? I haven't seen them since.

I forgot what exactly I was told about the rebranded lamps, but I think it was not something that should have happened and it will not happen again.

P.S. Autumn, about two years ago, I saw in stores some knockoff-brand China lamps in the 20oz Lava Brand shape. Did the guys at Lava find their supplier selling those elsewhere and put the kibosh on that? I haven't seen them since.

Well said Jones, it is about the flow at the end of the day yes a nice base or a different globe shape but the flow is what counts and that's what will get peoples attention not just a few blobs floating around.

They have kept up with the times as - e.g. the clear views, skins, smaller lamps etc yes a lot of us may not consider it good but it certainly appeals to younger audiences and they have to have a diverse product range in order to have the money to invest.

about the new lamp - i like it its much better then the first rainbow lamp - its more vibrant, the base is interesting not boring like the silver bases on the smaller lamps are and I think that there is a lot of creative scope and opportunity with the shrink wrapping - lots of graphics can easily be put onto future lamps.

Anyone have any suggestions on how to color a globe like that for some custom color lamps?

Jim - where did you get that pic?

And Jonas, I always love reading your thoughts on this subject .You're right on in everything that you've said.