I've always wanted to do a custom bullet lamp (I was planning to use a real big shell), but today I saw this on another lavalamp website I discovered today (but many here knows it) :

This lamp is the property of a certain Bohdan (I saw this name on some answers here but it seems all of his messages and pictures had been deleted, I guess there was a problem with him).

Is this a custom lamp, or is it a genuine Mathmos?

it would be cool to publish here the pictures and info you've got, in case anyone needs it in the future.

and it just pops up on ebay!

Wow, and very expensive too :)

and it just pops up on ebay!

It's a lot of money I agree, but considering the number of "Bullet" produced, it is not that expensive.

Lunars where largely produced, and they usually go over 600eur...

However from hearing about what happened (from others after he left) it was out of order. I agree with Jim and really anyone can do research into lamps and then with lodes of money buy out the lamps you want. However money wont buy you friends or make you a good person. Boham did get too egotistical and to be honest if someone is going to be like that however good there collection we don't need them

Permalink Reply by Wile E. Coyote on March 20, 2012 at 7:17pm
Agreed. Bohdan knew a lot, and I even bought some lamps off him. He always WAY overcharged for shipping, had some real rarities though, and was a whiny llittle bitch. Grumpy old hippie I guess...

Please let's not make this a bashing thread.

He left for his specific reason. He knew the effect of it and executed the commands purposely.

He wasn't happy here. I don't want to go into it. that's for him to publish.

It's a shame our community splintered. People come and people go on forums. It's a shame that the forum software lets people disrupt the forum by leaving and taking all contributed material. Keep in mind, more then one member has done this purposely.  Sometimes multiple times.

I like the man. He's a pleasure to talk with. I still communicate with him every now and then. You can find him on facebook if you want to reach him.

I have immense respect for this community. After all the splintering and defacing that went on, The community held itself together and still thrives with great comrade and material.

The members have shown me something that I'm proud of, in that they rise above the drama, like cream to the top.

I respectfully ask that if anyone has something to say about the prior members who have left, you direct it specifically to them via some private means.

onto the Original Topic

This bullet is a rare bird in deed. Some people value these prototypes, and for $700 that's a steal !!!

As rare as a Lunar may be published, It's not nearly as rare as a giant jardine or this bullet prototype.

In fact the Lunar isn't really rare. In any given month how many do you see?

The value with these prototypes is in the ownership.

Sometimes they are sold and bought and you never see them again.
What I wouldn't do to have that 4 jet prototype that's in my gallery!!!

Personally I like the bullet model better then the lunar. (but that;'s me) and I think the Giant Jardine is the shiznits over them all. Again that's me.

Let's hope Mathmos comes out with some affordable giant lava for all of us to coo over!

Do you have a picture of the "giant jardine"?

I don't know what is it. 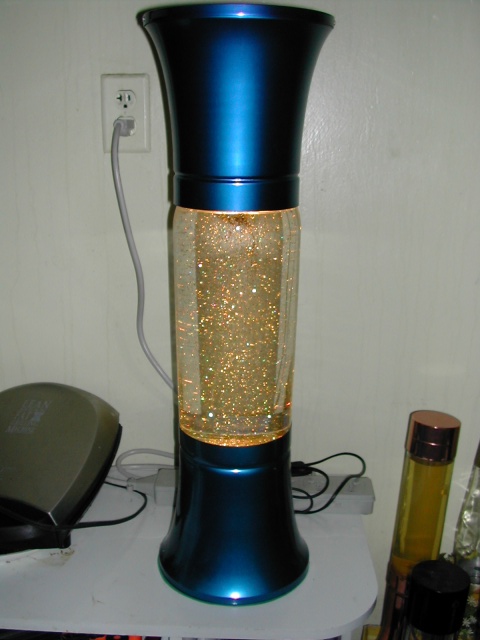 No I wont just post the infos here, if anyone seriously wants to reproduce it we can team up, but I've posted so much stuff here over the years with no results whatsoever and I have to take my pc apart and install the other hdd for that.

If noone will do a replica I will do my own as soon as the new lunar is out and caps are available again.

it would be cool to publish here the pictures and info you've got, in case anyone needs it in the future.

If noone will do a replica I will do my own as soon as the new lunar is out and caps are available again.