I've slowed down in buying lamps over the years, but I still get tempted when I see Lava Lite put out new lamps. And nearly all of the time, I'm disappointed.

I wanted to consolidate my experiences/posts into one thread for those who are looking to purchase "new"er lava lamps, specifically ones from 2003 and after. Most of us know that 2003 is when Lava Lite shifted production of their lamps to China. Since that time, there's been an obvious decline in quality, though many new lava lamp fans may not know the difference. I'm not going to argue about how production should be shifted back to the US, but rather send out a strong warning about the quality of most of these lamps. I will never buy a used lamp from 2003 or afterwards. I will only buy them new from places that have good return policies.

Why am I doing this? Mostly to inform others, I guess. I will fully admit that sometimes I'll buy a lamp to run it, photograph it and then return it. Sadly, I keep far too many of them and they end up being donated or junked.

I kinda started this topic/thread back in 2011, but I'm still buying these stupid things and they are mostly still crap.

So, here we go again, with updated data!

Overall, quality is still crap, I think. The liquid seems to be clear, which is great, but flow is mediocre and nearly all lava lamps I get suffer from wax that stucks to the side of the globe around the bottom.

On the plus side, the bases and caps are good, and despite a lot of people not liking the "wrapped" bases and caps, I think they're kinda neat.

Unfortunately, with all the issues I have, I don't tend to buy many of the new ones that come out.

Your mileage may vary, however.

I'm fairly sure Lava Lite headquarters has a picture of me somewhere labelled "worst customer ever" as I am rarely kind when talking about that company.

Out of most of the newer lamps, I found this one to look the best.

Although it is still balls of lava (It was too hot),  the color gradient/contrast effect is the best I've seen in awhile.

P.S. It does stand to reason (Physics) that the larger the lamp, the better the flow,. due to the bigger mass.

However there is no excuse for defective products

Some of the newer 32oz ones look amazing, but they just don't stand the test of time. It's very rare that I have a perfect lamp.  I know I am insanely picky compared to most collectors. Once I have a lamp where the wax is sticking to the glass, I no longer want it. My Northern Lights lamp was gorgeous - clear, decent flow, but sure enough, after 10-15 runs, wax was sticking to the bottom and the top of the globe. And once that happens, it will not unstick.

I'm willing to bet most lamps do this, but most don't care/don't look at the globe that closely.

I have lamps from the 70s, 80s and 90s that have held up well. The new stuff is just junk. If you don't have the formula perfected, they are just a waste of money.

yup/
I have two gallon pickle jars of vintage goo

Worth more than gold to a collector

Claude, the alien lamp you have, I bought one on sale a few weeks ago. Wasn't bad, but being regoo'd this weekend. With the good quality of the green coating on the bottle, shake make for a nice lamp once done.

mine flowed ok, just got hot fast, then went bubbly

once i dimmed it down, it flowed better

B Careful on overheating the coating ok?

I was at my local Spencer’s tonight. They had about 12 lamps or more running. Some glitters. All the globes I picked up that had lava had wax stuck badly around the base. All the glitters has glitter that was clumped together. Honestly, it was sad to see. They just looked like crap. I didn’t buy anything. 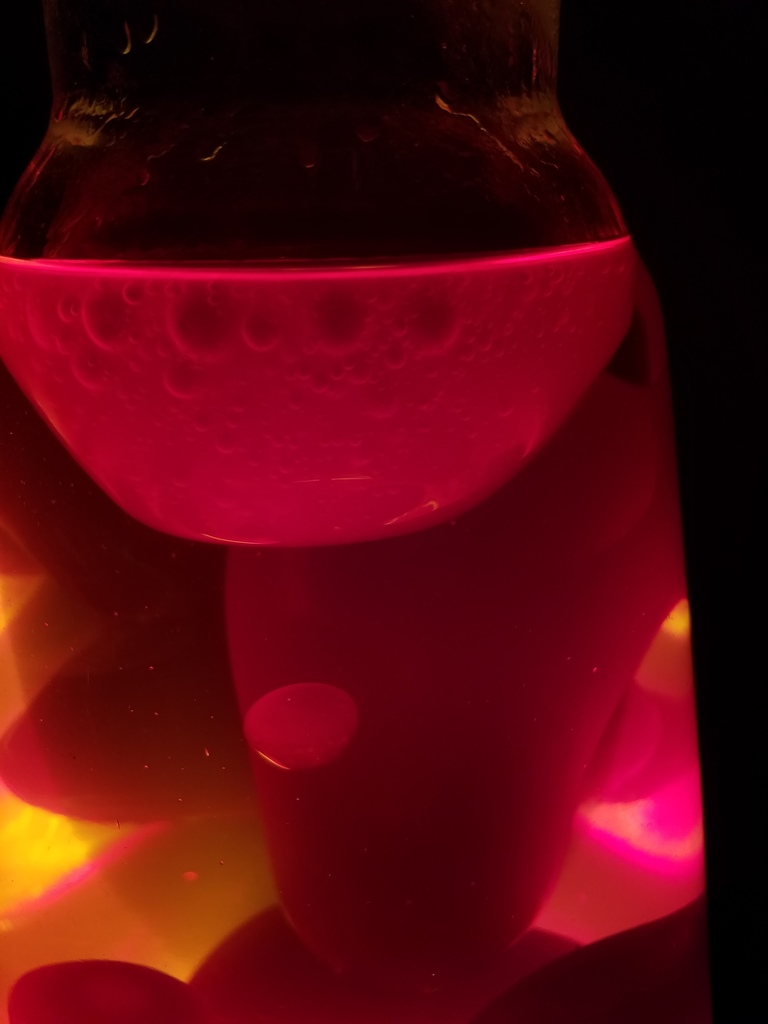 My custom red and yellow grande was crystal clear with gorgeous flow. It now is full of bubbles in the wax and has gone cloudy! This is the last lamp i buy from them! Oh and i bought the 52 ounce purple glitter they had at spencers and just after about two runs the glitter has clumped together at the top!

The wax will go from semi-transparent to opaque after a few runs. That's normal and not problematic for wax. Now, if the liquid is cloudy, that's a different story.

I have bought some vintage ones and they are good and stay good.

I they were rubbish the previous owners would have tossed them away long time ago.

They are produced in England and even their previous brand Crestworth keeps its value.

Here in the Netherlands all the China-produced lamps  loose their value when sold  but the  Mathmos and Crestworth even gain value over time and thats for a reason.  Quality. Better buy one good item than a lott of  cheap produced  Chines items  that only dissapoint you and are a waste of time, expectation and money.

Dont know where Lava lite produces their lamps  so correct me if i am wrong but  your story is no advertisement for them.

Where do they produce their products?

Oh, I know about Mathmos. I have a few of them. Stunning lamps. But the shipping alone is killer, price-wise.

Lava Lite shipped their production to China in 2003.

I own several vintage Lava Lite lamps and they are spectacular.