Update on new range of Lunar sized rocket lamps... The Shuttle has landed! 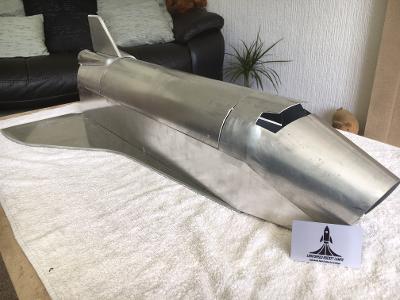 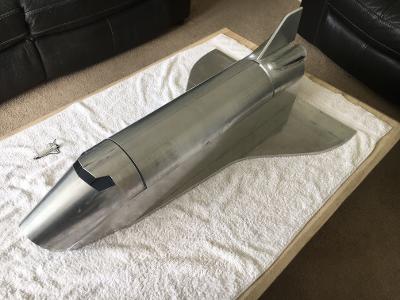 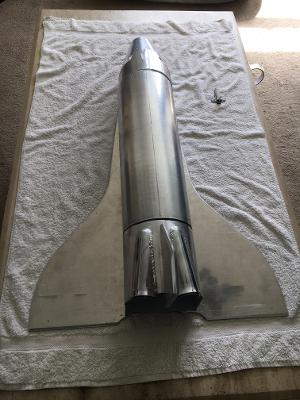 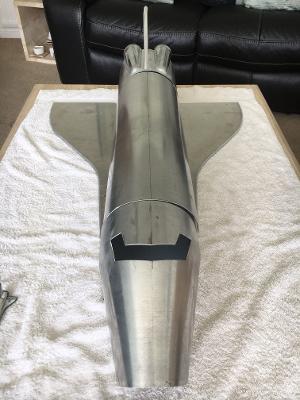 Just to give anyone who is interested an update on my progress on my range of Mathmos Lunar sized rocket lamps...

I had trouble finding an alumiium spinner who could fabricate the nose cones and bases as I wanted them. (The first guy gave up, the second guy stopped answering texts, emails and phone calls and now his premises are closed up, so I fear the worst...)

I've now got a fantastic specialist on board with the project and have already got two prototype nose cones, with the first batch of nose cones and bases due at the end of the week for the first set of six (all different) rockets...

While I was at a loose end (waiting for nose cones, etc) I decidded that what the world really needed was a Space Shuttle Lava Lamp!

What you see in these pictures is the first mock up (fabricated entirely from aluminium) held together for the photgraphs with sticky tape...!

(It's currently being welded up, then I can look forward to hours and hours (and hours) of alloy polishing.

If you can imagine it standing up on end (ready to launch) and with the cargo bay doors open to see the Lunar sized bottle inside, you should get the idea.

Look forward to hearing what anyone thinks...

I like that very much, it's different - conceptually - from the Lunar format (which is pretty amazing in its own right), and it's got loads of potential....

That shuttle base is realy fantastic looking and most worthy of a lunar bottle!

Looking forward to seeing it completed and running :)

It would be super cool if you could incorporate a dimmer switch on the base somewhere as it will most certainly require one.

Thanks for the complimentary words, much appreciated.

When the lamp is running the cargo bay doors will be open, so the bottle will only be half enclosed, but you are quite right, there could be trapped heat to contend with!

If too much heat travels up the bottle, the wax may not cool and return, so it will require a certain amount of trial and error to get the balance right.

There will be small vents in the forward end of the cockpit area (on the underside, which will be facing the wall) and I am also planning small circular vents on the bottom edge of the nose cone that will look like attitude jets, but help heat escape.

These vents may also let a small amount of light escape, which should give a nice effect shining on the wall behind the lamp.

(Which I find is always a nice effect that lava lamps give anyway.)

I already have a bottle in mind for the Shuttle (actually, it's going to be called The Orbiter, which is the proper name for the spacecraft that flies into space and returns, Shuttle is the general term for the Orbiter when it has the external tank and solid rocket boosters attached, which are ejected before the spacecraft reaches orbit.)

I have an old Mathmos Lunar bottle that I messed up by trying to add colour to the liquid, which had gone clear (and added too much!)

I then removed some liquid and topped it up with distilled water, which ruined it further! (Now it wouldn't flow!)

After hours of painstaking work adding Epsom salts, surfactant etc it finally worked but some of the salt (and the badly added permanent ink) found its way into the red wax, turning it into a metallic see through effect.

Now when it runs, the wax turns into dozens of globules, ranging from marble sized, to golf ball sized that float around the bottle in formation.

The only problem is that when the lamp is cold, the liquid is a dirty grey (but turns clear after about an hour of warming up.)

Thats why I'm making a lamp with doors that can be closed when it's not running!

And yes, there will be an inline dimmer switch so I can modify the power! 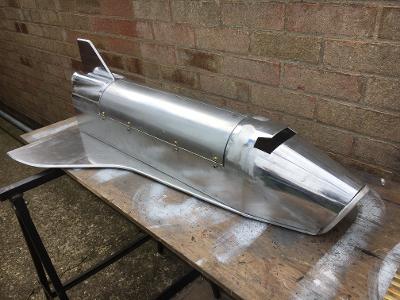 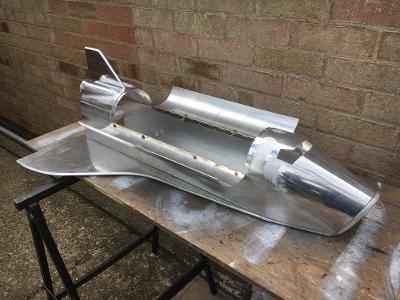 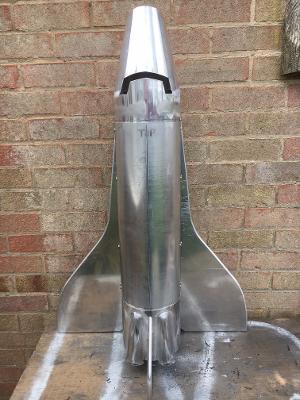 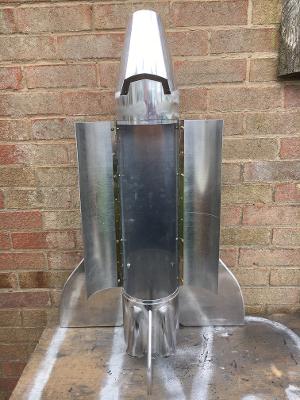 Thanks for the kind words.

Here are a few recent pictures showing the opening cargo bay doors (here thay are temporarily attached with a variety of bolts to check alignment, the finished lamp will have aluminium rivets.).

Still have the windscreen to do (in shiny polished brass) and to shape and attach the nose cone, then its on with making the bottle support and wiring in the bulb holder etc.

Then it's hours and hours of polishing to a mirror finish.

Magic...it's reminiscent of the Fantasia Sunburst and Solar1 lamps, where the classic shapes of the chrome bases are so impressive in their own right, without the fibre-optics... more polishing power to your elbow!

If the inside of the doors are polished with a mirror like finish it should have the same visual effect as a Fantasia Cosmic Window base! 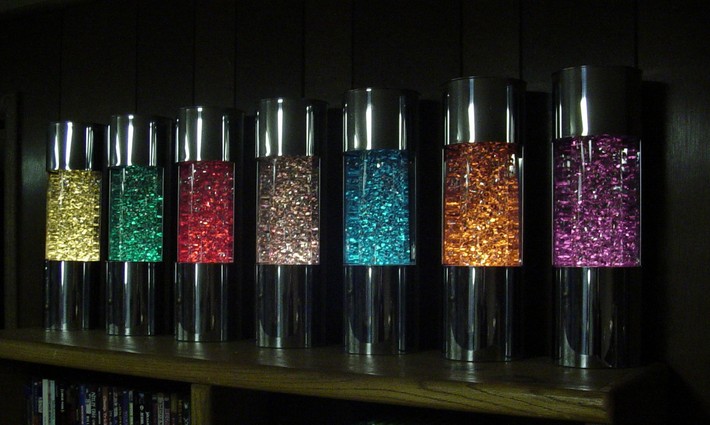 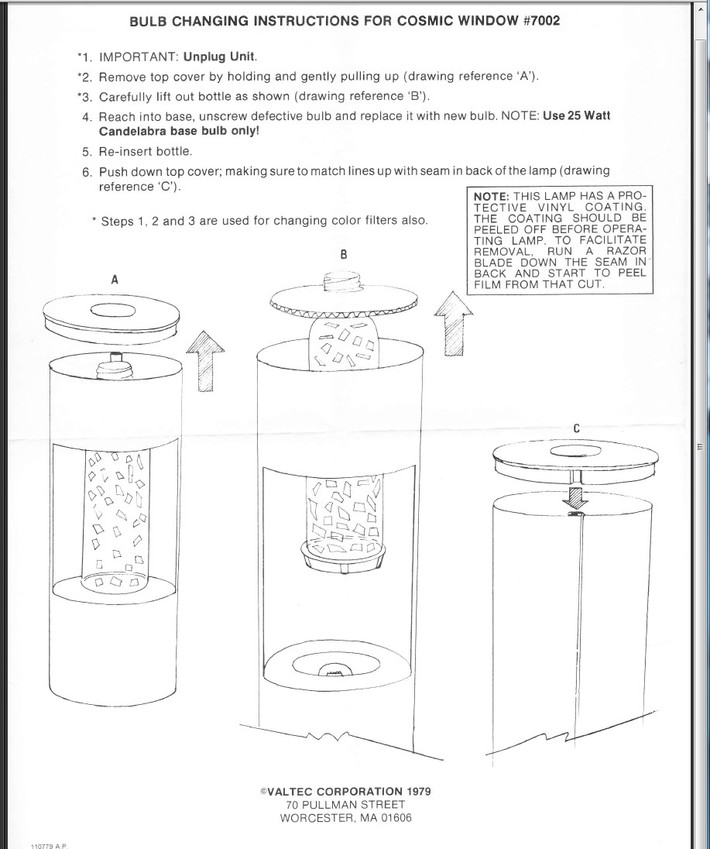