When checking the liquid out in the parking lot, it looked like it barely had a tint of the old mason jars that are blueish green. but it was practically clear. the lava is white. when I had the chance I switched my two globes and it now has the blue/purple globe 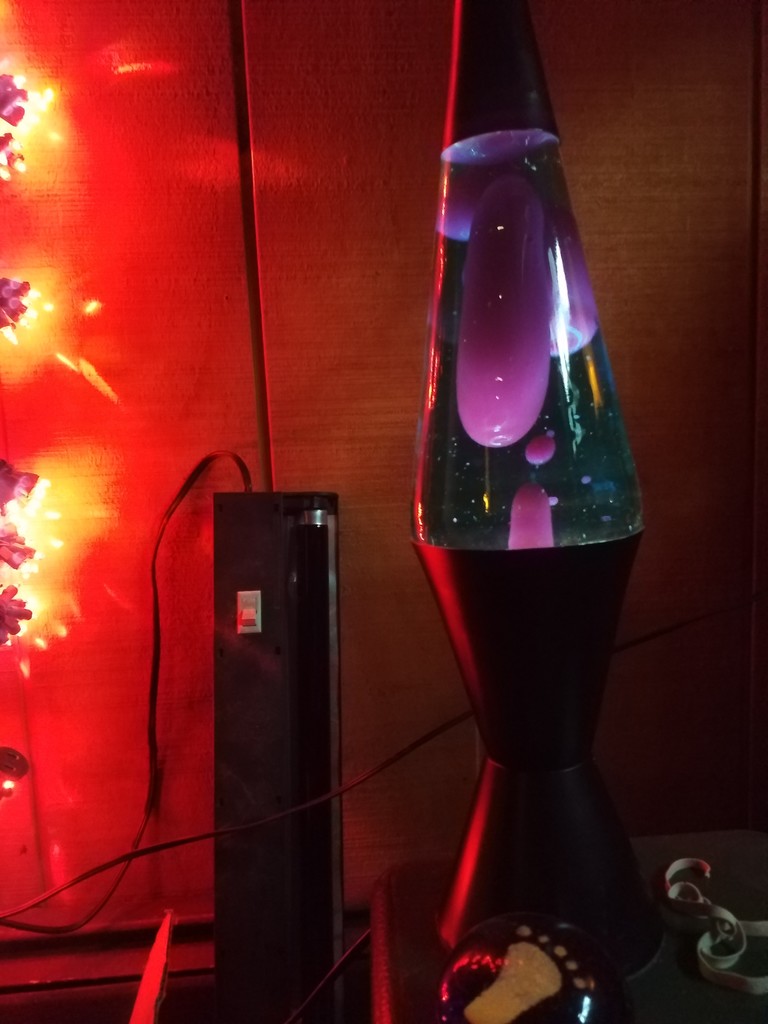 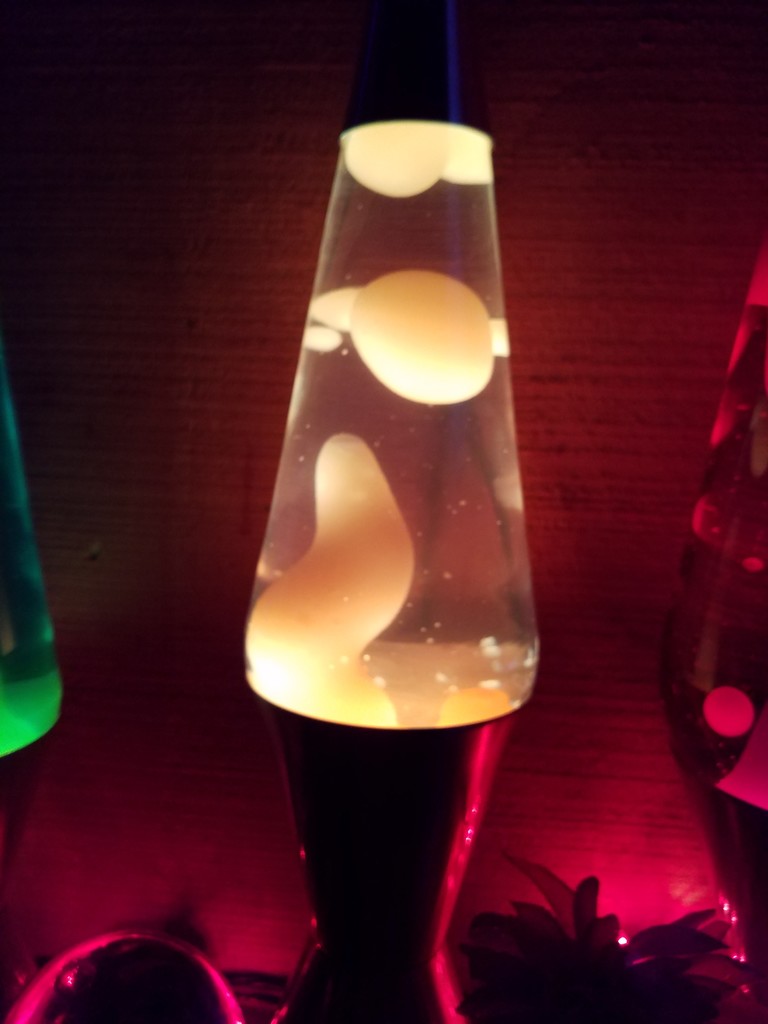 the black lava lamp fell or dropped at some point. the cap is pushed in slightly on the very top and there is a bulge in the middle of the cap. and there are some small scuffs on the base. the base is in decent shape

I'm going to try to pound the cap with a dowel rod over a 2X4. maybe use a coin like a dime or nickle if that might work better, sand it up a bit and spray paint it black. I grabbed some flat black krylon paint+primer

When it drys and sanded, maybe a second coat. I plan on using some fluorescent paints to mimic the squiggle finish back in the day. different colors of paints. the paints my need watered down.

here is the idea I had in my head to straighten the top of the cap. I pounded a few times on my carpet and was getting no where. On the kitchen floor all it took was a few triple whacks and it was straight enough for me. Ended up using a quarter 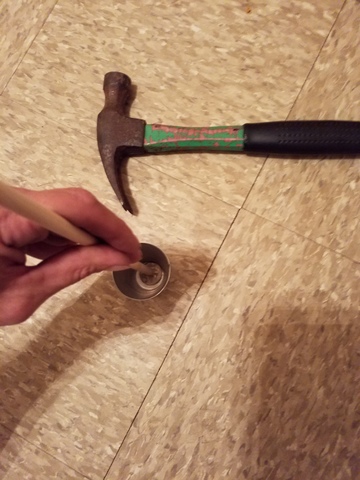 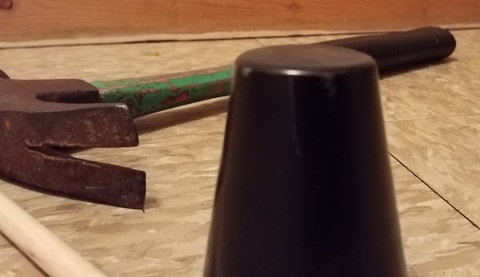 The pic below shows that bulge in the cap. It must of fell right on its top 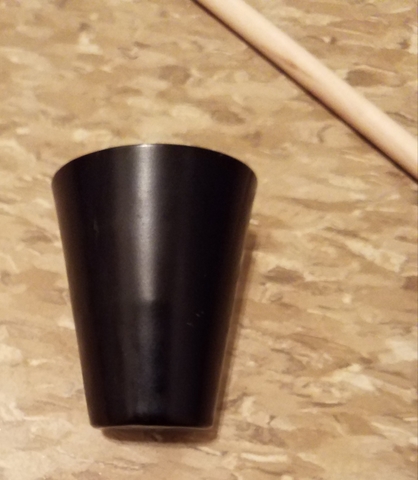 I taped up the inside of the lamp and chord. painted it and see that I didn't do that great of a job. it ran a few spots, so after it drys I'll sand the runs. Probably paint it again tomorrow mid-day when the insects are less abundant.

I'm still not sure how I'm going to apply the florescent paint or if I might need to water it down a bit. I do have a old coleman lantern that came with a small funnel. the opening might be to big though. I'll have to dig it out.