Today I did some sketching. I decided to start with the Super Mario ? block since that will be the easier to build and, let's be honest, nothing motivates more than finishing what is started. After taking some measurements of a 52oz globe, I set to work on scaling the project out. For the sake of simplicity, I shaved off a half inch from the base (seeing as the standard contemporary century base is about 6.5 inches high). Since the base is a cube, I only conceptualized one side (the front). The coin on top will be sculpted from sculpy but I'm not sure what to form the base out of. Being a cube, I don't want to sculpt it so it's a toss up between wood or maybe a vinyl. My only concern is the heat.

For the opening where the globe sits, I will be forming a cone of aluminum (since aluminum will reflect heat as long as it isn't touching the source). The bulb socket will be held about 3.5 inches below the base of the globe by a wooden stabilizer. The cord will flow out of a small hole cut into the bottom of the backside of the base. The base is 6"x6".

I hope to cut the base tomorrow, as well as sculpt the cap. I want the base and cap finished by next week when the gookit and empty globes arrive.

Also, I started a concept of the Venom lamp, but haven't quite figured out how I want him posed. The initial idea I sketched was only for the torso. When it came to the hips, legs, and feet... I couldn't decide if I wanted them inside or outside of the arms. I will most likely scrap this idea for one where Venom is on is knees in agony (from some harsh vibrations). 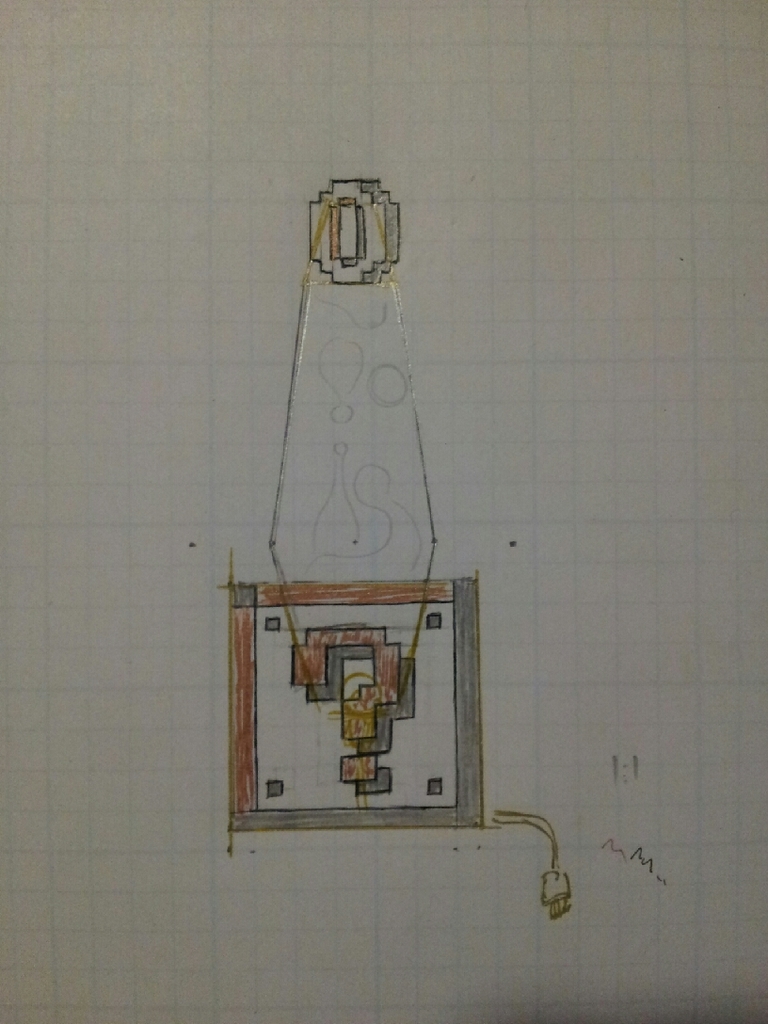 Thanks! I just got my two globes in the mail today. I'm hoping to have the ? box done by the end of the weekend.

Comment by Tim Gill on January 20, 2014 at 5:52pm
If the sketches are anything to go by it should look amazing espshly the 2nd one
Good luck with the project