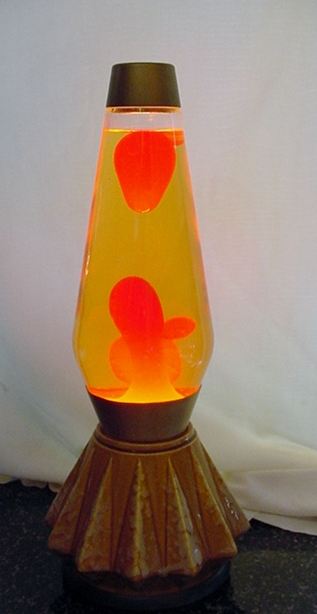 A local antiques dealer who just moved his shop into my suburb tells me he knows a guy in a suburb about ten miles away who specifically collects lava lamps. He's going to pass the guy my contact info. We got anyone in Burien, WA, that we know of? Nobody I know of who's that close to me. (Burien is south of Seattle, on the water).

Another never-before-seen rarity by Lava, though much newer (90s) is up right now. It's beautiful.

Jonas, please check your Inbox - I've sent you a few messages about being a Lava Library editor. :)

If the winner of that prototype *IS* a member here, he's silent and doesn't post, let's put it that way.