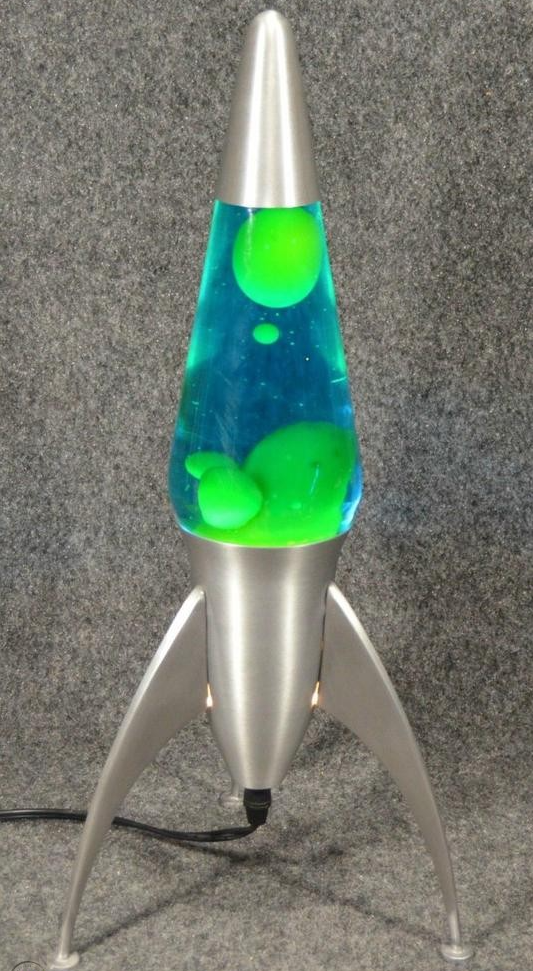 The starship series was one of the most iconic models of the 90's next to the Midnight. Shaped like a rocket in 2 different colors these lamps were a very different departure from the standard lava lamp. They came in two colors silver and black with the black variation having holes in the base and the cap that let the light shine through. Since their discontinuation in 2003 a few other variations have come out, but they have been for 8oz globes which makes them undesirable to most collectors. They have become highly collectible and sell for high amounts second hand despite not being very rare. If Lava Lite were to ever re-release a 90's icon this would be it. Hint hint... 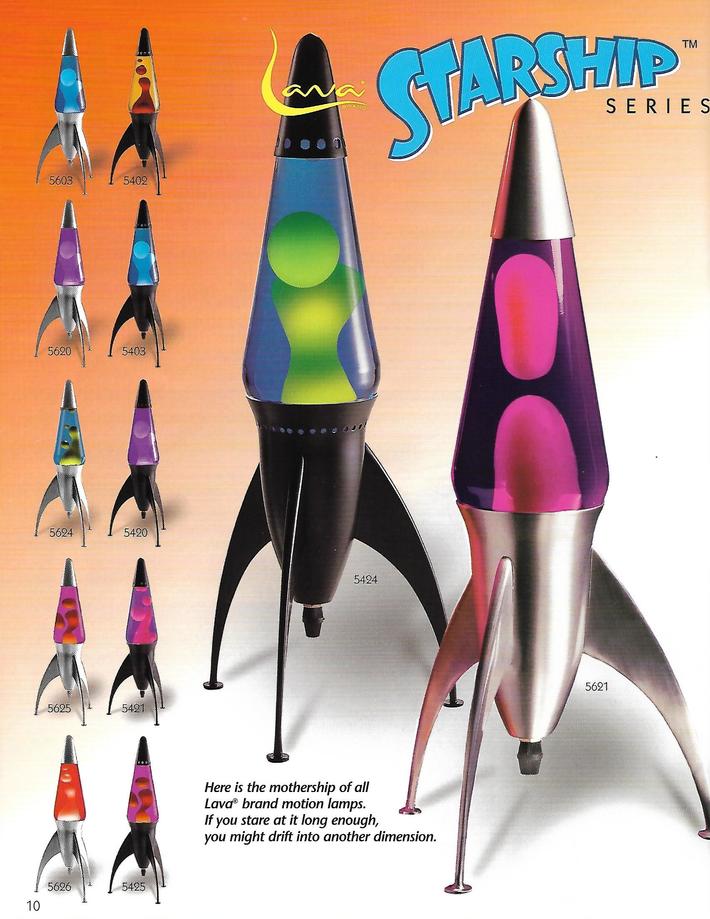 More photos of the Starship

Discussions on the Starship