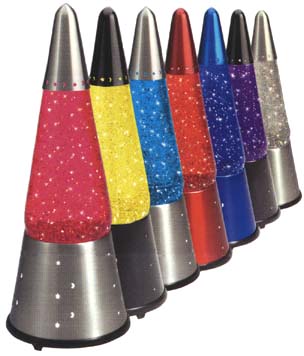 Wizards came in 4 color variations. Silver, Black, Blue, and Red. The Blue and Red bases are the less common ones of the bunch. Some come with the "Lava" logo on the front and others don't. The versions sold with glitter globes have longer caps to account for the lower fill level of glitter bottles. These caps are more desirable due to their flexibility. Glitter globes typically come with silver glitter, but there were some very rare versions that were released with multi colored glitter. These were noted with the addition of a "G" on the cap codes. These rare colors were made with different glitter that could not stand up to the solvent and most have lost their shine with age. Some other glitter colors include pink, teal, green, yellow, and orange. These colors may have come with Wizard lamps or possibly as sold as part of the Custom series where you could buy globes without a base and a cap. 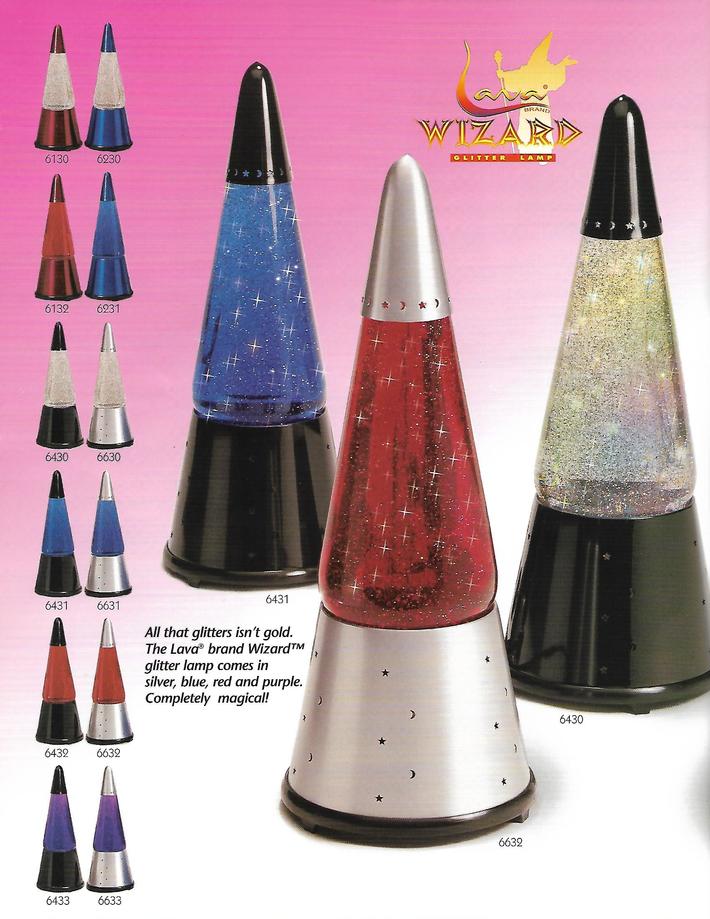 More photos of the Wizard

Discussions on the Wizard