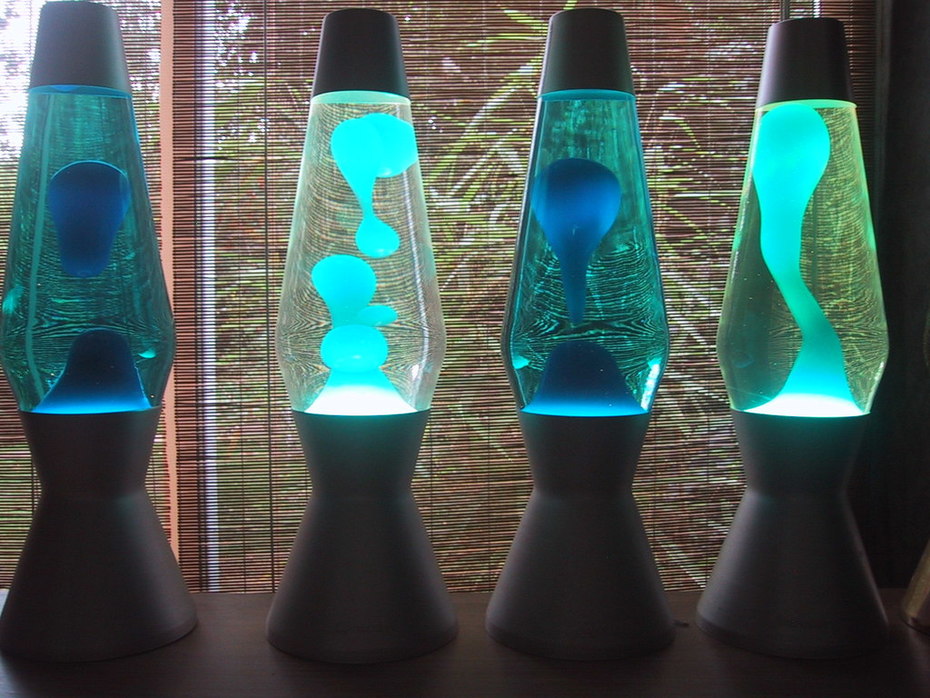 Yeah it's a pity with the blue Fluidium bottles.

A few days ago i got a totally dead bottle of an Opal Fluidium, i saved the goo which was in the worst shape ever, there was white residue that had parted from the wax and lots of undefinable fibers and stuff , I put it aside and refilled the bottle, after pouring the goo of an astro I realized it was still considerably less than in my other fluidium bottles, so i had to spontaneously cannibalize a red astrobaby and voila - there i had it, the exact amount of goo as in the stock bottles, to my surprise, i might add.

For a fluidium refill the liquid of one astro is enough on the other hand. but with the goo, it is One and a half Astros, so to speak...which in reverse means you could fill an astro and a baby with one Fluidium bottle (which is a nice bonus, i had always thought before that 1 Astro equals 1 Fluidium goo-wise)

Nice idea with the mixing of goo, it works ,after some runs it is a homogenous mix, but one point to consider with the thing you have in mind is, for a real purple you normally need much more red than blue, if i remember correctly  3 Parts Red on 1 Part Blue or something like that, 50/50 could end being to darkblueish:(

Perhaps the best way to go would be heating up a decent amount of the red goo and then slowly adding blue, litlle by little , but that would mean getting an astro bottle with the pink goo, reducing it by let's say 20 - 25% and adding half (40-50%) a babybottle blue,,,,, the leftovers can surely be salvaged another day....

I might just do the fluid swap... I can imagine the lamp on the far right looks brilliant in person.

I wanted two of the blue Fluidium bottles, one for an Astro refill but they sold out :(

I've toyed with the idea of pouring a clear/blue and clear/pink Baby Astro into an Astro bottle to make clear/purple ! but fear it could turn out a very expensive mess !!! If money was no object I would give it a go.

Thanks for the kind offer of shipping a bottle to me but shipping would be too costly.

Great photo, you should put it on the main page for all to see.

Great Idea... First time i took a photo of all my blue astros (w/o the blue/yellow one)

And for the clear/blue, I have only one clear/blue unfortunately, and if I come to think of it, a second one wouldn't be too shabby either. 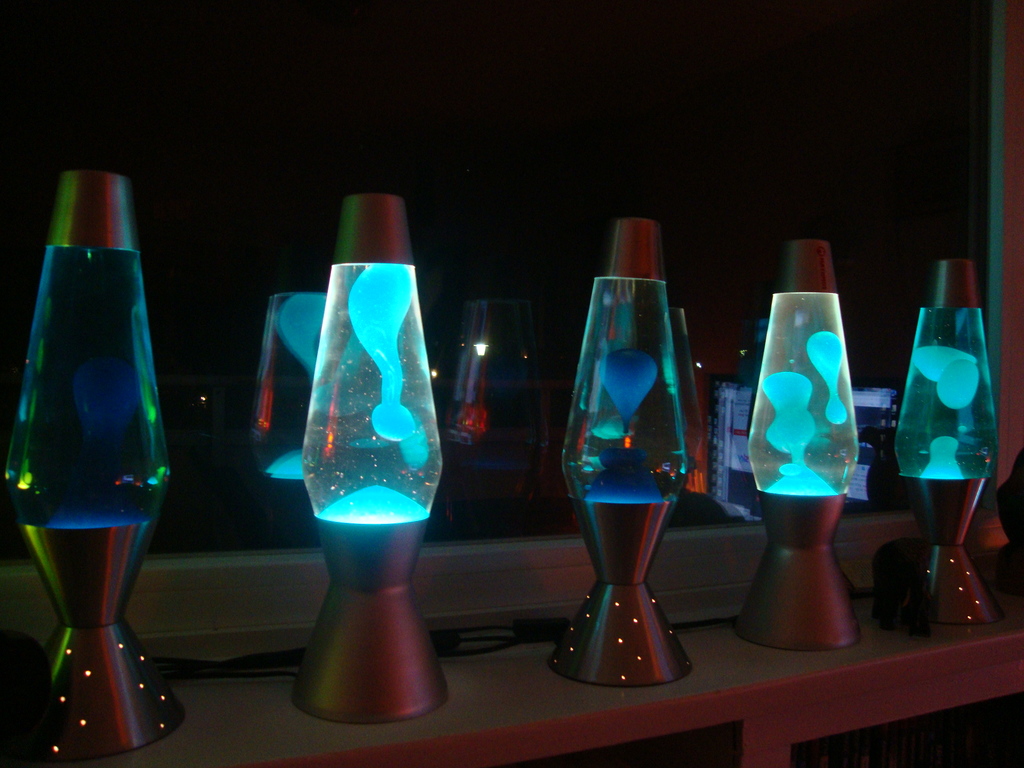 But why don't you just do a fluid swap, go get yourself a clear/turqoise Heritage bottle and then take one of your blue/blue twins and swap'em. The Turquoise looks killer in the blue liquid (far right), same goes for the clear/blue

(center) especially because this blue is different from the dark blue offered with the last fluidium replacement bottles.

What a pity they're sold out, won't cannibalize the one i have, but the goo would make for a great Astro AND a baby/telstar. And at the end of the day it would be nice have another shade of blue.....

Funny to note ,the two clear/turquoise Heritage bottles I own actually differ , they have  slightly different shades of blue, one (center left) is more of a light blue (like my custom lunar bottle), whereas the other (center right) is more of a turquoise with a greenish tint to it.. At first I was kinda disappointed, now I'm actually glad to have slightly different colors ,although it seems only subtle on photos , it is actually very notable in reality...

BTW, when and if I find a moderately priced clear/blue bottle in great condition and shipping to the UK ain't too expensive for you , I wouldn't mind sending  it to you:)

I needs a clear/blue !

feelin' kinda blue......in a positive way, now that's lovely, all those nice Astros in those shades of blue

gonna do a shoot with 4 Blue Meanies myself, thanks for the inspiration..

clear/turquoise, clear/blue, blue/turquoise, blue/blue .. will be the participants in this unscheduled 'Flow-In'

gonna put the pics up in the evening, gotta get them up and running first....

@ Brandon...aqua describes the wax colour perfectly... some may say baby blue... I would say turquoise.

is the 2nd from left the aqua colored wax?

Thank you so much for featuring another one of my random photo's and ramblings !

Made my day yet again, I Iove you guys.