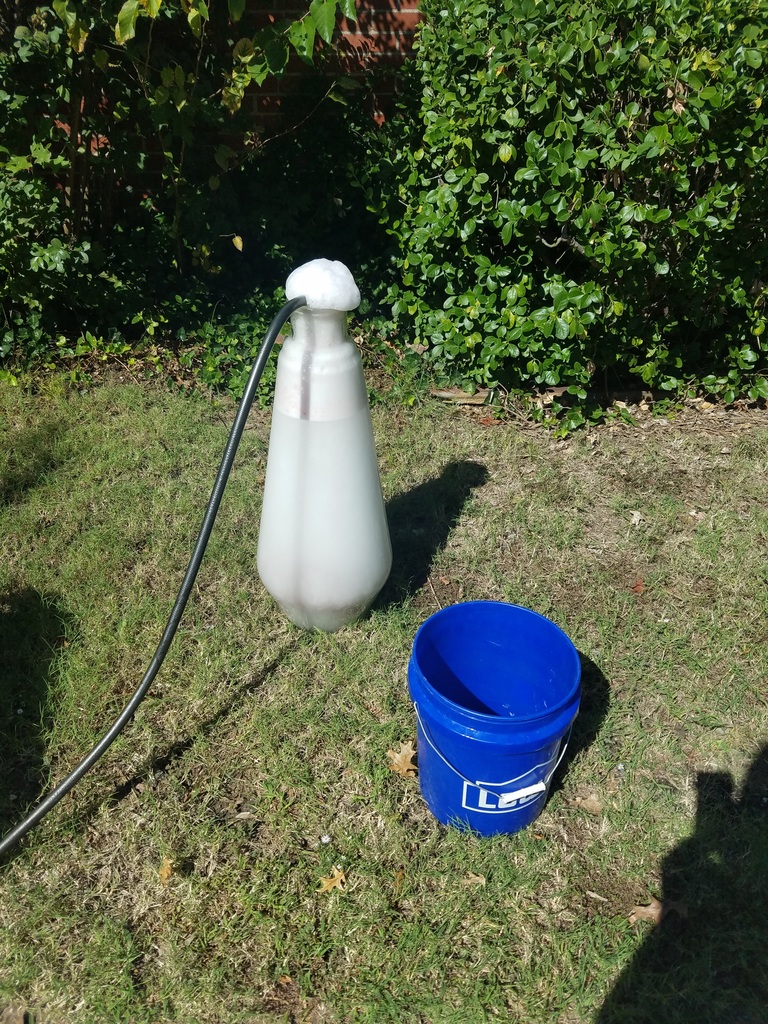 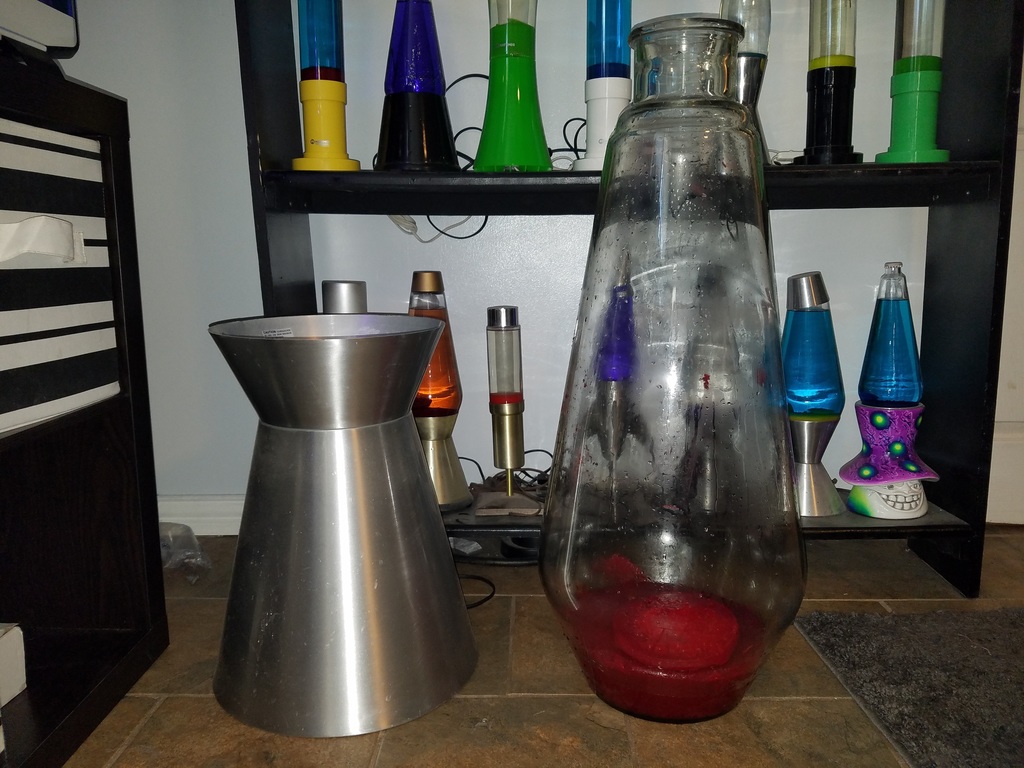 The nice part was, I could reach in and remove the "Floatie" by hand. 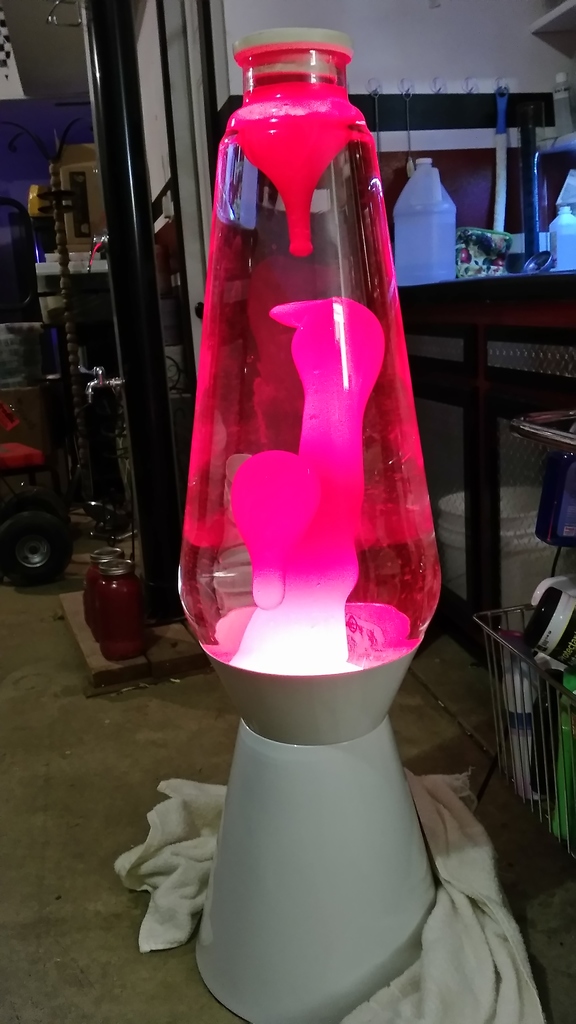 I have refilled the lamp and I still don't have any flow. 127F at the top and 140F on the bottom. I think this is the range it should be in to flow. I'll be asking Magma tower what to do next. 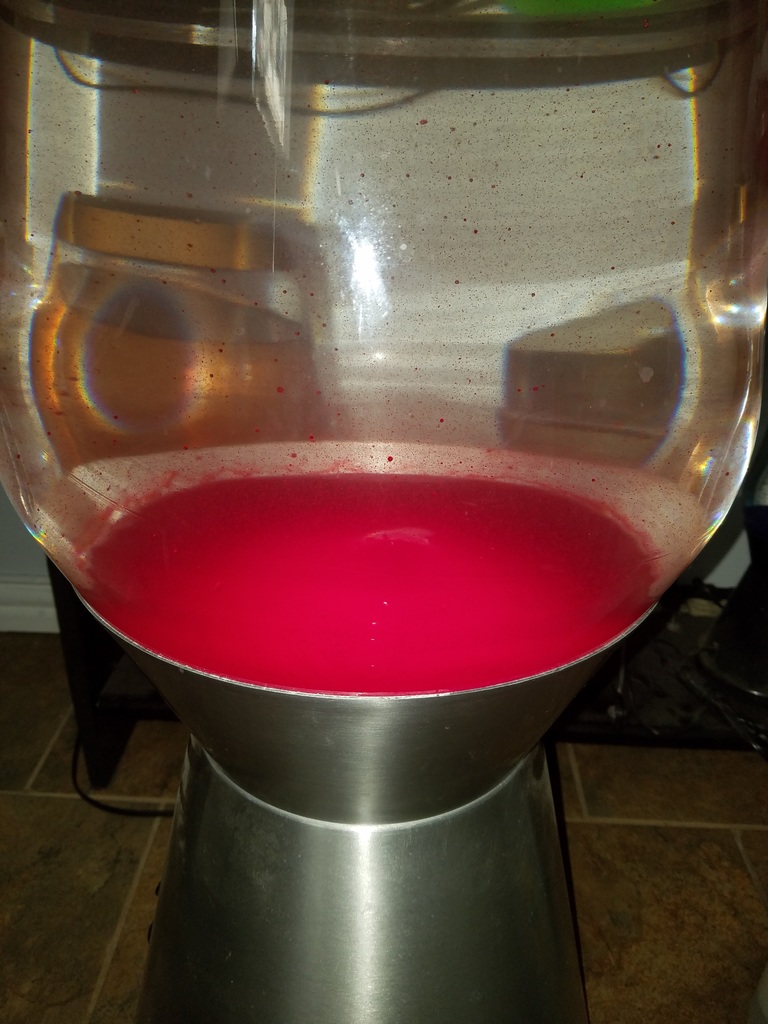 Sad update. After refilling the lamp again per instructions from Magma Tower the lamp still does not flow. I was talking to Magma Tower about buying some new materials, but I was told their manufacturing equipment was experiencing issues. I have not heard from them in two and a half months. I'm not sure what happened, but I assume this refill may not be happening for a while. I may buy up a bunch of older american clear/red lamps on ebay until I have enough to refill the lamp that way.

I did have a bad quart recently

Is your dimmer OK?

Are you still using the 150-watt lamp?

I use a 250-watt reflector in mine

After looking at the meter probers more carefully

I see that it is no hot enough

the bottom should be 125F

I have a 250 watt bulb. I measured the temperature and the lamp gets within the temperature ranges to flow properly, but it just doesn't. If you look at the photos again you will see the top gets to 127F and the bottom gets to 140F. It's hard to see because I suck at photography and there is a glare over the temperature.

Even if the wax is no good, shouldn't it at least dome a little. Are you sure you don't have to much or to little surf??

If claude used 16oz of surf and you used 13.5, that's a big difference if you ask me. I know it sounds like a small difference but surf sometimes can make the difference between no flow and flow.

He's pretty darn good when it comes to goo kits so I trust his judgment as he has helped me with grandes and he's been pretty spot on.

Also, do you have a smaller lamp you can test the wax on like a 52oz model or even a grande? That would help to determine if a wax issue or heat/surf issue.

I added the amount of surfactant recommended to me by Magma Tower. I was told the amount doesn't effect flow for their formula and there really only needs to be enough to prevent wax from sticking to the glass for lamps this size.

I think you are misreading my posts. I have a 250 watt bulb in the lamp and the temperature is exceeding 125F at the bottom.