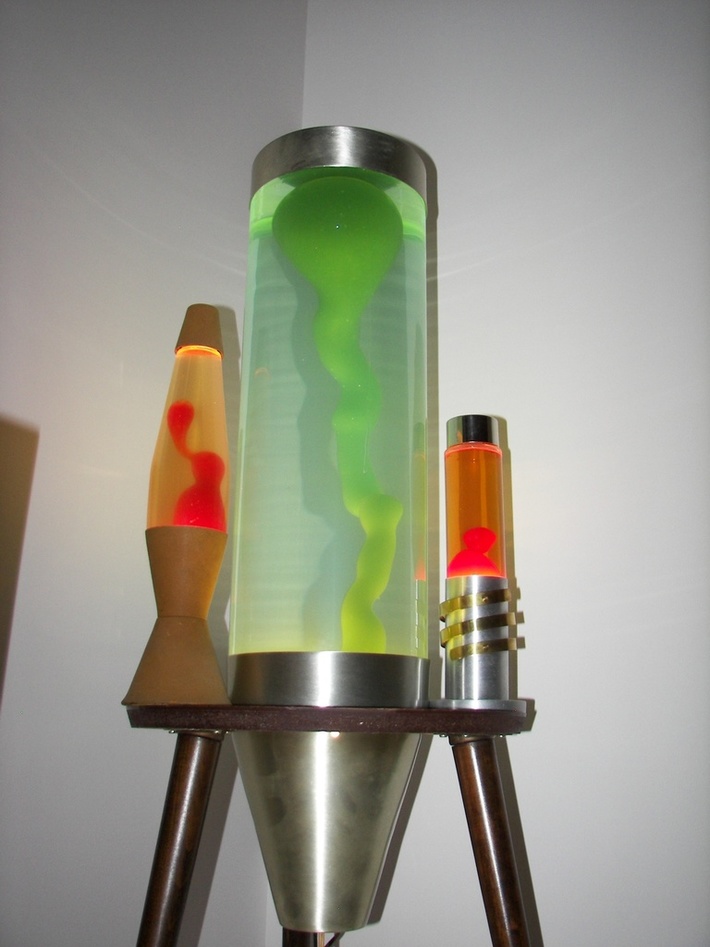 This incredible model stood an impressive 46 3/4" tall. The globe was a cylinder, the cap a short cylinder with a shallow pointed top and an indented groove at the outer edge. The base was a short cylinder on a cone, narrower at the bottom. The cord was attached at the bottom of the cone. This base sat in a 15" round American Walnut table, with three round, tapered walnut legs splayed outward at a slight angle, each having a brass-tone metal tip with a swivel glider. Early catalogs say it had white enameled metal; all models so far discovered have a satin gold finish. Some Imperials, but not all, had a tiny pinhole in the tip of the cap, and a few had three holes for venting purposes placed on the base cone, immediately beneath the table ring. It used a 150 watt FL-R-40 flood bulb.

Only 4 or 5 have ever been seen and all are owned by members on this site. Imperials use a modified formula. Their liquid density is close to water, which means that the liquid can be replaced with water and very little additives to get it to flow.

This is the American equivalent of the Crestworth (Mathmos) Rocket. 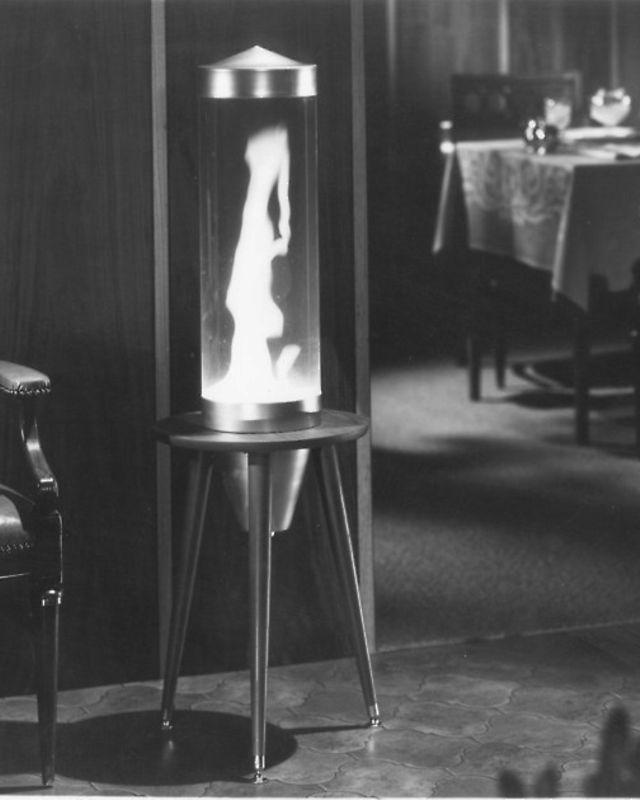 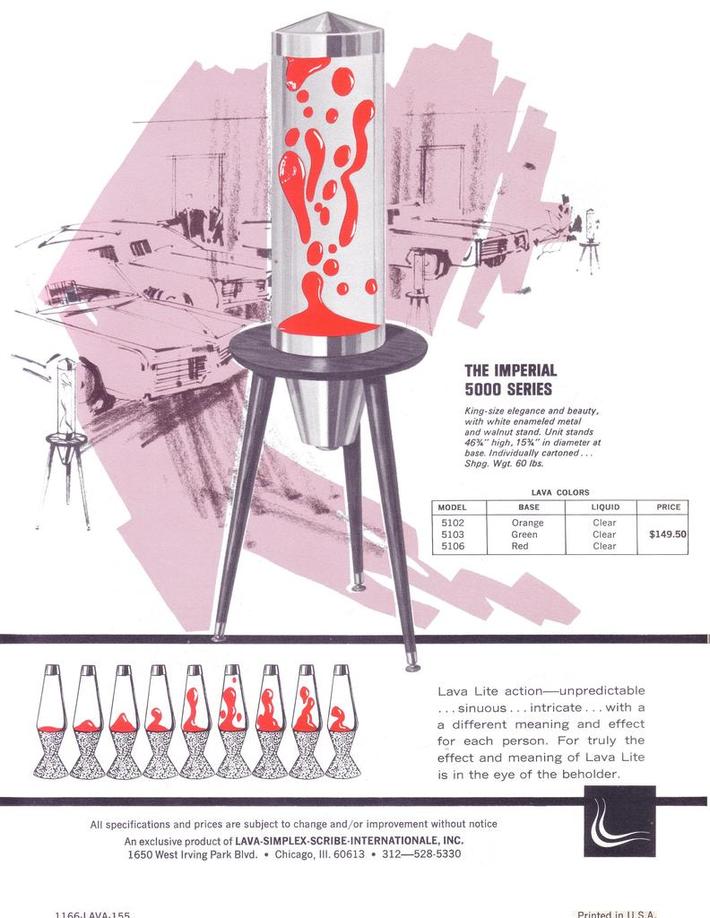 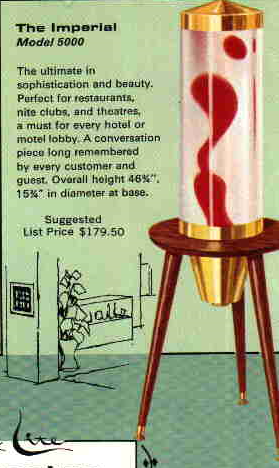 More photos of the Imperial

Discussions on the Imperial