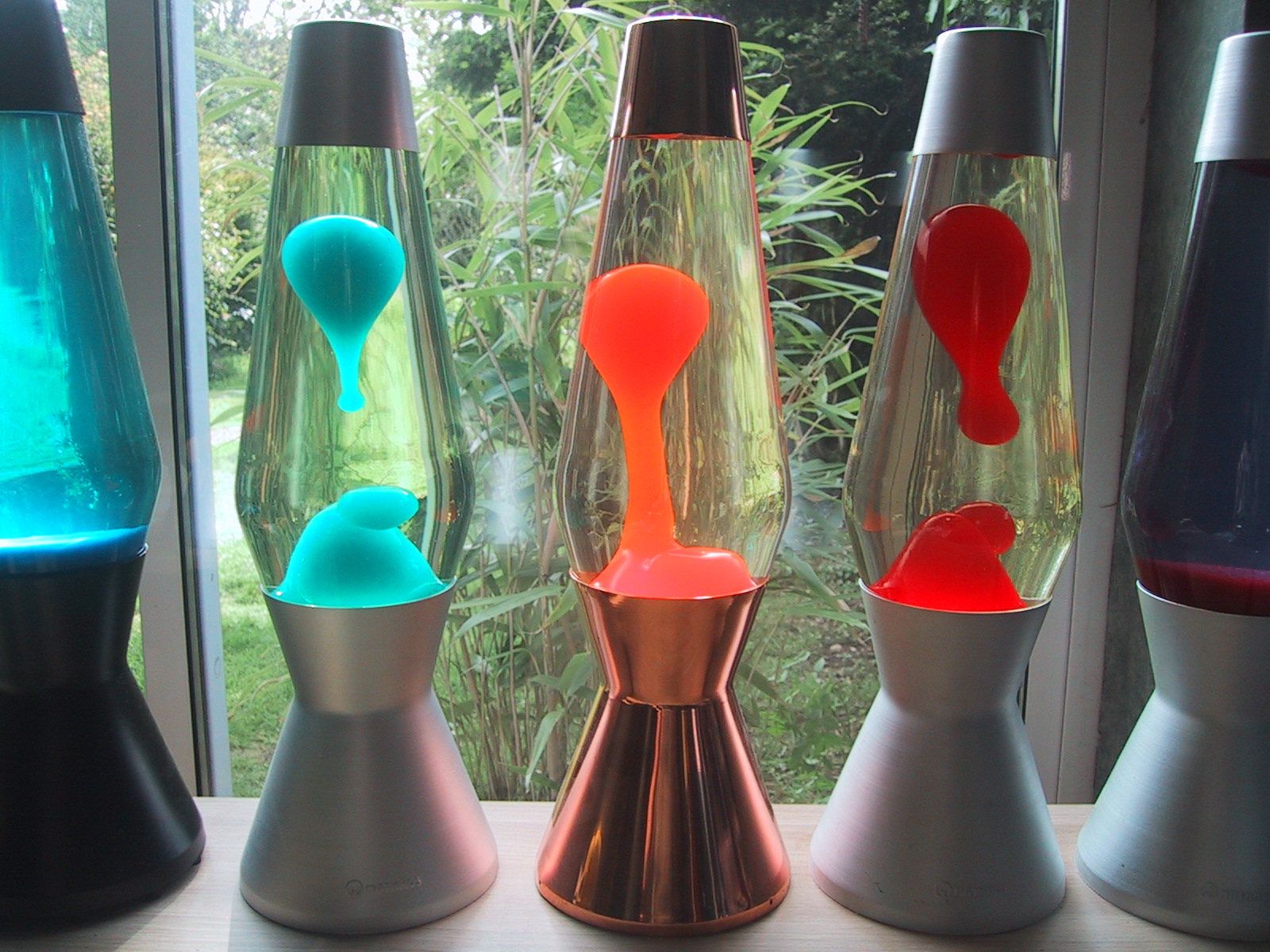 Yeah Arne, my post should have read : their obvous lack of quality control is worrying

that's the sad state of affairs, if it wouldn't be for nice folks like Cindy that always find a solution (new item free of charge) one could really lose hope. But what's another bottle, if its of the same shitty glass 'quality', or another base, where the bottle is tilted, because the ring the bottle sits on hasn't been centered properly.

And when i bought a second clear/turquoise bottle I could'nt believe my eyes when firing it up, the color actually differed from the one that came with the electric blue Heritage bought a few months before, one slightly more light blueish, the other more turqoise, hard to capture on photo, but in reality discomforting, I never put those two side by side..

But the folks at Mathmos will ultimately have to adjust if they want to survive in the marketplace, the occasional replacement bottle won't keep them afloat.

And i simply don't get it, why they don't care more, it makes no sense to me

Why risk their good standing, THE household name, a brand more than 50 years old by mere sloppyness.

And Arne, I have the working innards of a smart Astro , the later Edition, its all there, the heating plate fully working, the led-unit fully working ,only the base was totally deformed when it arrived, the baseplate broken to bits, the bottle still in one piece too,

but I've always kept it for later use in another base - one that you applied you magic to?

Comment by Arne on May 18, 2015 at 6:09am
not even talking about the smart astros...they were a desaster! none of three survived here!

Comment by Arne on May 18, 2015 at 6:08am
thats the problem...it seems quality control is totally missing over there. I had lunar bottles not fitting my lunar (none of the three I had would fit) I had lunar bottles going cloudy after few runs and so on...tbh very few of my latest purchases were satisfying...

Oh yeah, I can attest to that, but every once in a while these misrepresentations can be very appealing.  So you were lucky with the Halloween orange one, my orange Heritage bottle is of disappointing quality,  goo-wise and even more so concerning the glass, it is so full of specks that  it looks like a star chart...

And the goo is not of a nice coherent bubblefree quality like yours here, it is the opposite, just as with one of my heritage turquoise bottles.. but with that one it got better with time (took lots and lots and lots of hours)

and no matter how nice some folks at Mathmos are, their quality control is worrying:(

Its the clear orange from my Halloween lamp running on 25w... you know how it goes trying to photo the true colours of lava/glitter... Grrrrrrrrr  !!!

lovely lamps, flawless flow, and what about the killer color in the copper beauty

seems too dark for orange, more like a nice dark apricot or even salmon-colored - gorgeous!

What is it, a slightly bleached stock Mathmos?