Throughout this entire venture, there have definitely been ups and downs. Here lately though, it seems like there have been way more downs than ups! First I hear that the mail ruined Bridget's lamp. :( She did all she could to try and salvage it, but it just got worse. I'm in the process of fixing that for her, but in the meantime I was trying to anodise, and finishing up Drew's third lamp. First off, it would NOT stop raining long enough for me to paint! I FINALLY got a brief window today, and I jumped on it. It had rained earlier, but it was cool...not hot enough to make the air really humid. Anyway, I got to paint Drew's new lamp. And, um...all I can say is...WTF ARE YOU PLAYING AT, KRYLON?? This isn't the same orange...this isn't the same orange at all. :(

It actually looks less orange in person...more like tan, or brown. I was a little upset, to say the least. I don't want to ever have to ask Drew, or anybody to have to settle for less than exactly what they wanted. Drew has been very flexible, and seems to be happy in spite of the little surprises, but I'm trying to make sure that this lamp is as perfect as it can be. So I went to a couple more shops to try and track down some matte orange paint. I finally found some that at least wasn't gloss..it's satin finish, but I'll hit it with a matte clear coat, and I think it will look fine. :) It will be a bit on the terra-cotta side, but hopefully it will be a good color.

So that's the base and cap for the order I'm working on. I still need to finish the globe which I had started, but first I went ahead and tried to anodise. I set everything up, and got everything ready to go. Here's my setup, as it was when it was running:

That electric griddle thing is what I melt my goo kits on, and what I use to heat the anodising dye bath, which is the blue pot. The anodising tank is in the corner, and the 30 amp power source is to the right. Here's a closeup of the anodising tank, with a lamp in it:

As it turns out, I had that connected incorrectly. I actually WAS able to anodise...but...

Some might think me a bit silly for being happy about that...almost total failure...but I'm more thrilled at my partial success! I WILL fix these problems, and anodise these lamps properly...because look at that color! That is just what I was going for with the orange. I'm not sure why it ONLY anodised inside of the cap, and nowhere else, but I think it's because of the way I connected the whole thing up. 1) I MIGHT need to order professional titanium clips to hold the cap and base, and 2) I MIGHT have to strip the parts in lye to strip the coating off, if that is what's preventing the outside from anodising. Only thing about that, is that lye will dull the finish of the aluminum. I'll then have to re-polish it myself. JEEZ this has been such a nightmare...I want my anodiser to be up and running dammit!! I don't care what it takes, I WILL do this. If I can. :p

So anodising is off yet again for a while, until I figure this out. I need to order some lye online (and hope that I don't get tagged yet again for illegal activity...apparently people make meth out of lye @_@). I need to order those titanium clips, also...and then these things need to be shipped. :( Sigh...I know I already sighed, but I'm doing it again.

The goo totally came away from the coil, floated to the top, and wouldn't come down. So I had to dump that, and try again...the same thing happened. I then try a THIRD time, and again...the damn lava floats straight up to the top. I have now made over 30 goo kit lamps...this has only happened twice before...both times were due to faulty coils. But these coils that I used were brand new!! Actually...later on I remembered...the pack had been opened, and taped back shut again. :-/ It was the last pack left, and I needed them for an order. I didn't think anything about it at the time, but there's no telling what might have gotten on these coils while the pack was sitting open (probably moisture, among other things). SO...I got a new pack of coils today. I'm about to try this one more time with one of these (sealed) coils. If this doesn't work, then I don't know what I'm going to do. :( I have no idea why this is happening!!

At LEAST Drew's base and cap look much better... :(

I'm having a bad day over here!

Thank you, Erin!! Sorry I didn't respond to this sooner!
I really, really need to re-do my anodising rack and try this again soon...I'm determined to make it work!

You're doing an excellent job! I mean hey, you know it was going to go perfect, but it's been cool watching this whole process. Keep up the good work!

Oh and thanks for that, MM. I now hate krylon paints. I haven't even tried the red that I bought, but at this rate, I'll bet it's bubble gum pink! 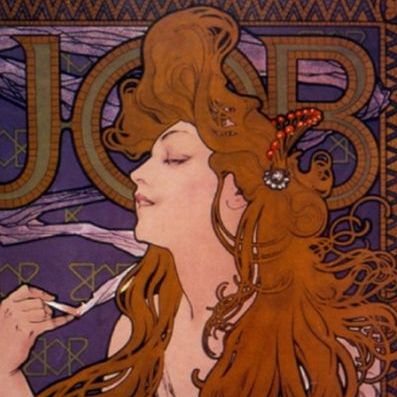