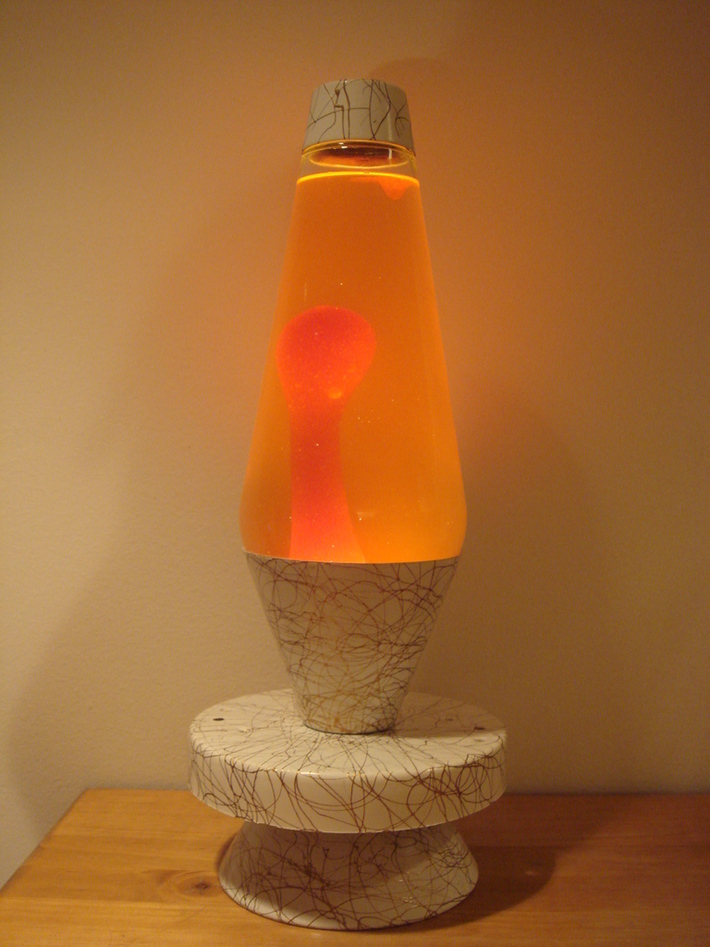 This lamp's name has not yet been found, though examples turn up. This rare bird is basically a white/gold squiggle Aristocrat, usually with matching squiggle cap. At the narrow point is an upside-down tray with downward-turned side and no rolled lip. Mounted beneath with two screws are two keywind music boxes, the winding keys (and mounting screws) visible atop the tray. Rumor has it that one played a song by Peter, Paul and Mary. At least two have turned up that played Hickory Dickory Dock. Another has turned up that plays "Mary Had A Little Lamb" and some unknown European lullaby .

More photos of this lamp