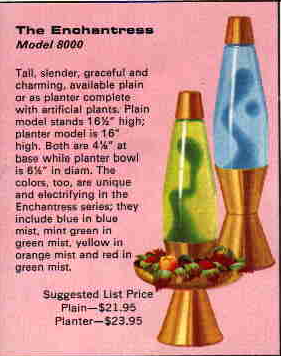 The name "Enchantress" was used for many years for several different variations. Some were brushed brass variants of the Crestworth Astrobaby, some were flocked, some had trays for flowers, and some used more standard 32oz globes. The oldest Enchantress lamps used slender version of the enchantress planter that used the older Mathmos Astrobaby-style globes. This model survived as is until the early to mid 1970s, when the look was changed somewhat. They were sometimes known as the "Elegant". Until their style was changed, they were offered in wild color combinations having "mist" liquid. When showing up on the market, these models aren't clouded from use - they were made that way! The liquid color may fade but the cloudiness is original. Though after the "mist" liquid idea ended, they came in the standard orange/yellow and green/blue too.

The Enchantress Planter introduced a ring to hold plastic flowers of your choosing.

Later Enchantress models used the 32oz globe. These models also came with plastic flowers and greenery attached to a plastic ring. These rings with plastic flowers or foliage were popular for many years, and can still be located at thrift stores. When looking for one, just choose whatever suits your taste.

The Enchantress Decorator came with a "velvet" finish. 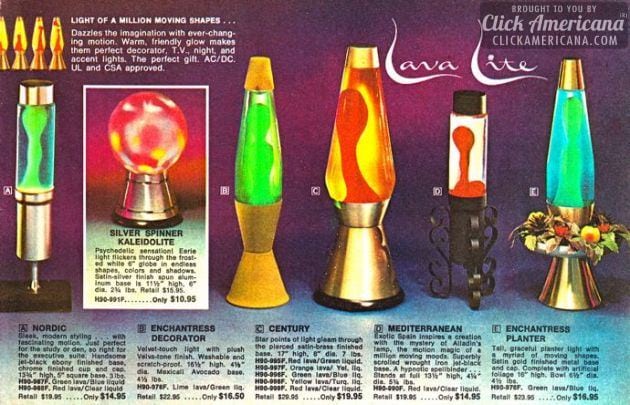 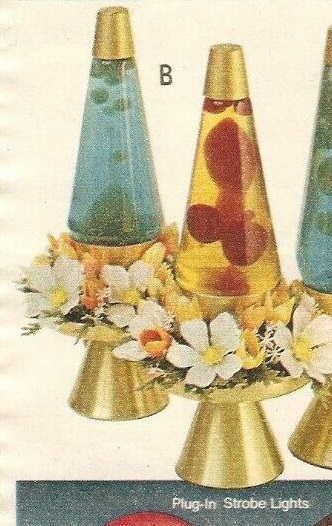 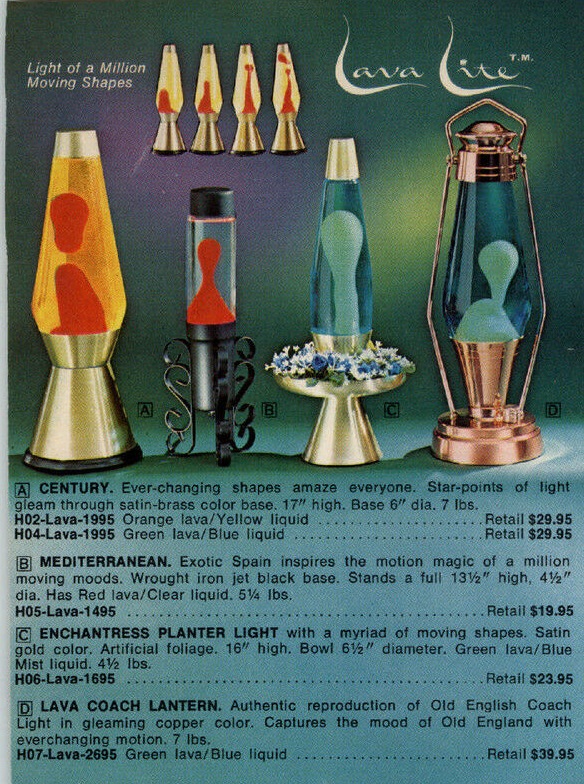 More photos of the Enchantress

Discussions on the Enchantress