Let's start with a list of supplies I used.
Here's my workspace, covered in paper. I decided to do this in our Smokers Man Cave, because the plant stand had great light & plenty of elbow room! 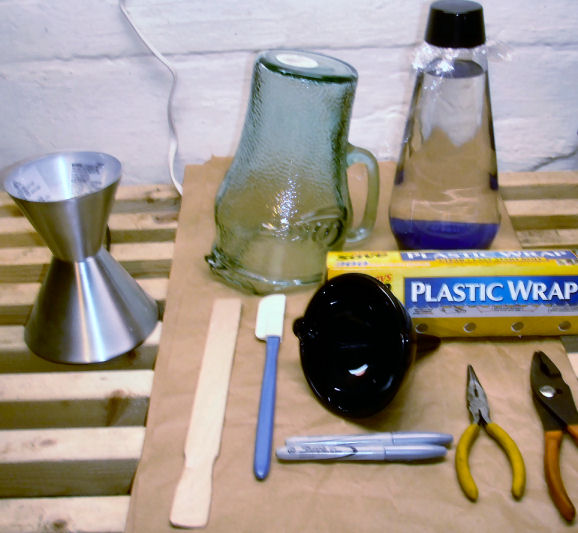 I washed & rinsed the Glass Pitcher. Just to be safe, I rinsed it again with boiling water, placed it upside down on paper & allowed it to air dry. This was to ensure no lint would contaminate the master fluid.

I opened the Globe & placed the Plastic Spatula into the fluid, slightly pressing into the wax.

This will prevent the wax from moving during drainage.


While holding the Spatula, I drained the fluid into the Coke Glass Pitcher. 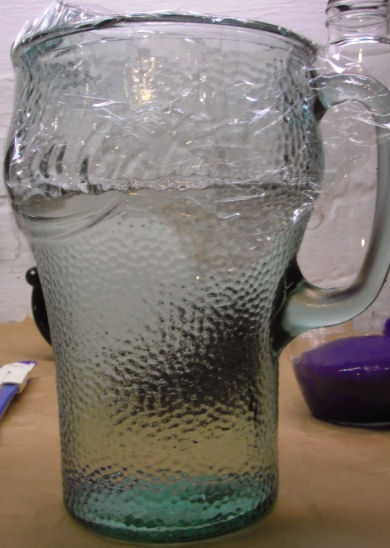 It foamed while poring, I think I should have done it slowly. I used Plastic Wrap to prevent evaporation. 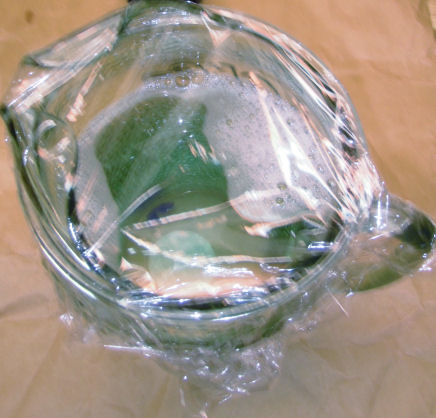 It wasn't as easy as I thought, the Spatula wouldn't release the wax that attached to it! So, I used the Paint Stick to scrape the wax off of it. Some of the waxy bits got on the glass, I just hope it doesn't attract the rest ;) 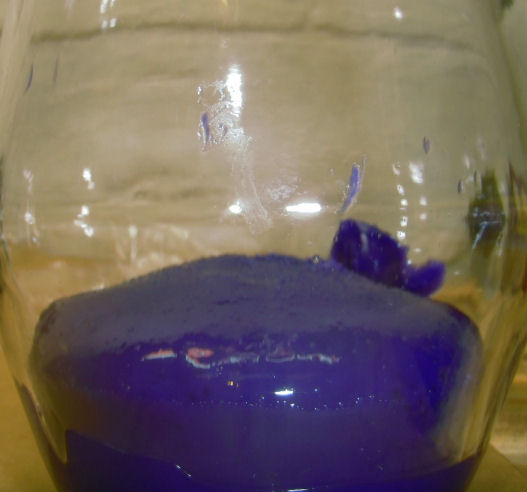 I placed the Globe on the Base & turned it on. Since it was gonna take a bit, I figured I could crack open the Sharpie Marker. I was surprised how easy it was. I used the pliers, one set to grab the plastic, silver part & the other set of pliers to grab the gray bottom. A bit of squeezing, twisting, pulling & pop, pop, pop it was apart.

All that is needed is the ink reservoir, so I tossed the rest in the trash. I wrapped the ink in plastic wrap, because I didn't want silver fingertips! 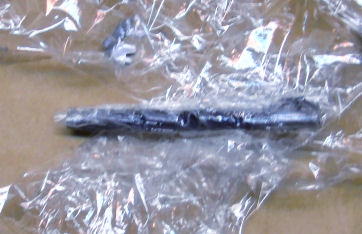 The wax took 40 minutes to melt completely. Time to add the ink! 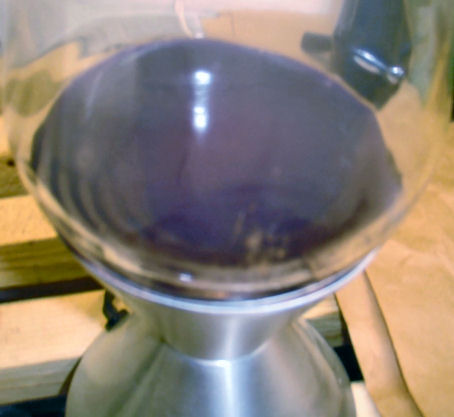 I placed the Globe on the paper & milked the ink out of it's reservoir. It dripped into the wax, laying an interesting coating on the top. One marker wasn't enough, so I opened the second one & repeated the act. 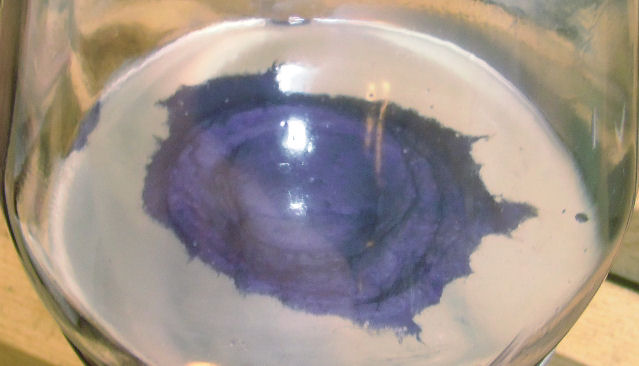 I twisted the Globe to mix the ink in, yet it wasn't doing much good. 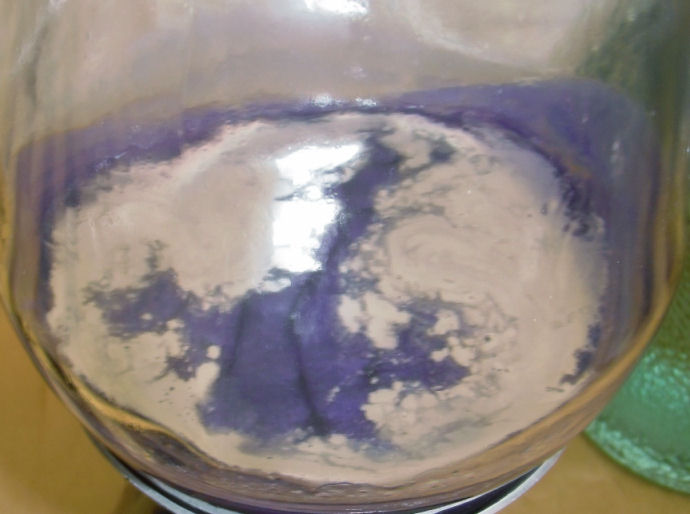 But placing it on the Base did wonders!

So, now with the wax & ink done, it was time to cool down. I just let it sit an hour or so. 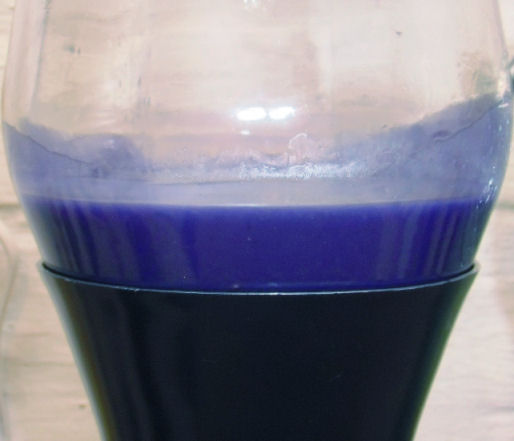 Once it cooled solid, I used the Funnel to pour the master fluid into the Globe.

After I secured the top, I ran it for an hour & let it sit overnight.

This afternoon, I fired it up. I planned on the clouding... But the wax seperated from the coil!

Nothing but Silver Ink on the bottom! 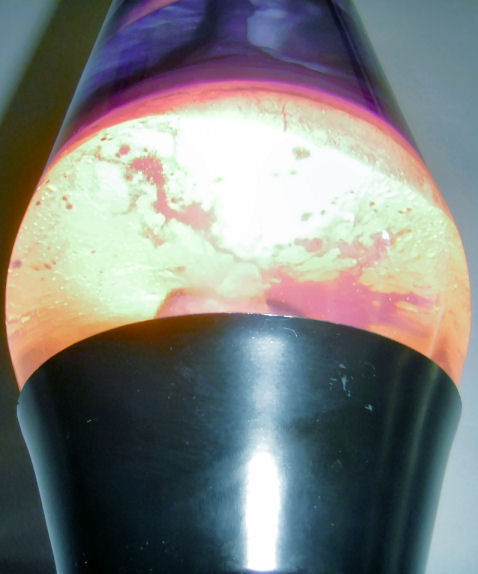 I opened it up & pushed the wax down with my trusty Spatula! 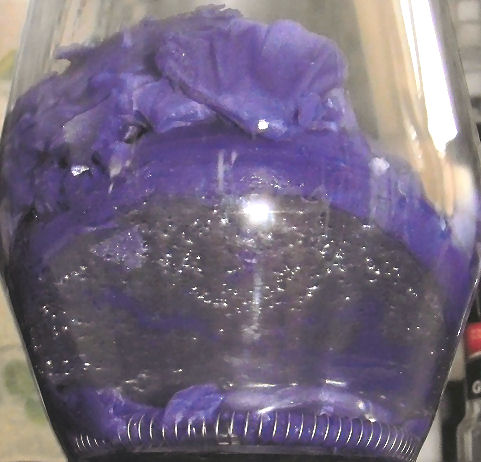 So, I boiled some water, placed the Globe in a pan & filled it up. I let it sit for 20 minutes. 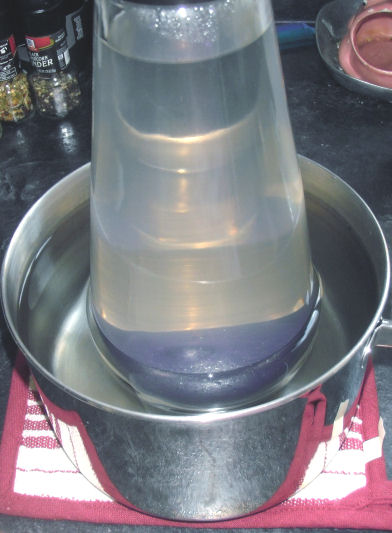 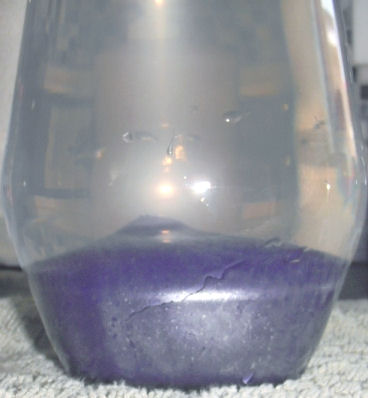 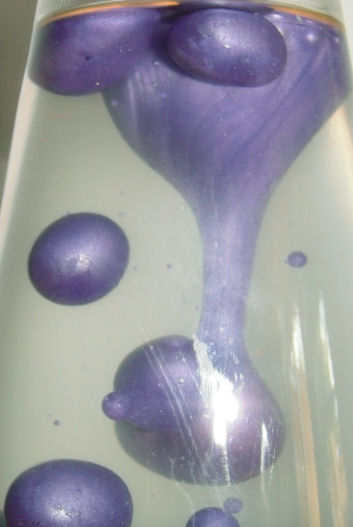 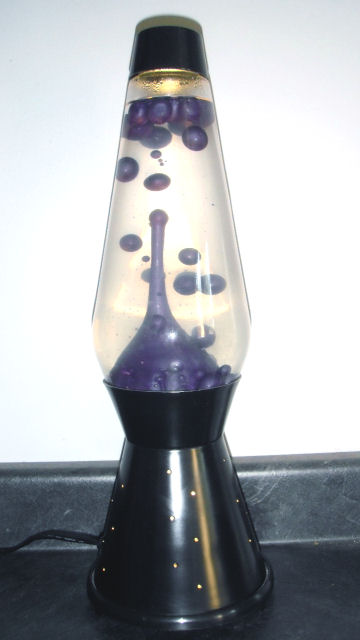 The flow on this lamp has never been great, so I thought it was a good candidate for this trial. I'm thinking of adding more ink, to give it a metal feel. For now, I'm happy with the result! 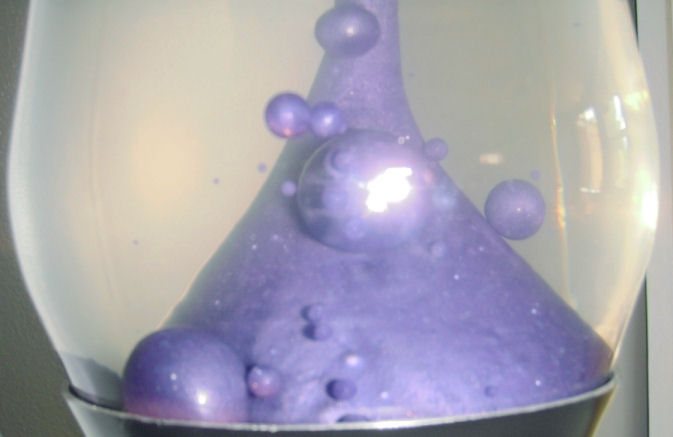 Hope this helps anyone that is interested in creating this effect. I had a great & easy time doing this! Have fun everyone!

Comment by Goo Geek on January 31, 2011 at 8:17pm
Does the metallic lava hold up over time or does it separate or develop any other problems?

Comment by ☆VixenGypsy☆ on June 2, 2010 at 8:53am
To Dr. What, I was afraid to put the whole second marker in... now I wish I had.
To BF, I have the inner ring, but thanks for thinking of me ;D
To D Newnham, I was hoping that the boiling method would help bind the wax & improve the flow. Unfortunately, it didn't do squat. She was loved before I bought her & her flow is still the same.

Thanks for the comments & tips guys. Can't wait to do my next one!

Comment by D Newnham on June 2, 2010 at 5:46am
That's a really great tutorial, just what the site needs. Did heating the wax up separately have any effect on the lamps flow, better or worse?
Has anyone tried adding glitter to their wax?

Comment by LampHead on June 1, 2010 at 10:47pm
Very nice Vix. Im surprised it did not lighten the wax color more either, my # 13 blue looks normal when cold but when hot it turns into a nice sky blue metallic. I have to give thanks to Dr. WHAT and Scott for their ideas and attempts, without that I would have not thought about or tried it myself. So far with mine everything looks perfect, it runs on a timer 5 hours on, 3 hours off, 24/7. I am definitely doing more globes soon, red and green for sure and im dying (pun intended-stolen from Vix :) ) to try a black globe.

Comment by ☆VixenGypsy☆ on June 1, 2010 at 4:28pm
I loved documenting this project! A huge thanks to LampHead, for his step-by-step message. I'm gonna admit that this was a Camel Century... but not anymore! I removed the crappy stickers & was hoping for a better flow. Guess I'll be plopping in a coil.
I'm giving the metal beauty a rest right now, but she'll be flowing later. I do wish the ink had lightened the purple & I'm totally mixing the next project separate, to avoid the potential wax/ink transfer I had this time. Happily, the wax from twirling & transfer did dissipate. No build up, WOOT!