Looking at my new/knackered Color Fountain, I made the assumtion that is was an oil/water mix and that the water must have become full of bacterial goo over time. I carefully drained the lamp, making a real mess as I did and then haphazardly filtered it through kitchen towel. I realised it was all oily substance and tried mixing a little WD40 with a sample of it to make up for lost liquid. Not a great success. I refilled the lamp and switched on. The bodged circuit board wasn't holding so that the pump ran constantly filling the lamp with white goo, worse than before.
It was a this point I decided to look online and was amazed that the entire web only turned up two references to this lamp. That lured me into Oozing Goo.

Being plunged into Goo was a bit like giving an obsessive a bag of coloured marble to sort out. I found out bits about my lamp, that drew me in to finding out about other lamps and wave machines and goo kits. All fine and good but then I saw an Astro for £8 in a charity shop. being a poor artist £8 charity shop buys are something I normally don't consider, but I snapped it up. It now calms my bedside table. The table was never anything but passive before, but somehow the effect is still calming.
I also realised the value of the vintage Crestworth and lava globes that I had been passing up at the local market.

I think this knowledge blew a fuse in my brain and before I knew it I was on ebay, watching every intersting lamp in site and asking ridiculous questions. These included, "is your house far from the train station? As I would like to cycle to pick up the Grande." Also others that I am too embarrassed to mention.
This, however did not stop me bidding on all kinds of lamps and bits and pieces, to the point I had to start praying people would outbid me. Thankfully most people are at least or more foolish with their purchasing power that I, so I was saved from several futher mistakes. Didn't entirely work though, I am awaiting two parcels and driving out today to make two other collections.

I also now have a collection of interesting things from shops, Gumtree and the market to try and build my own. 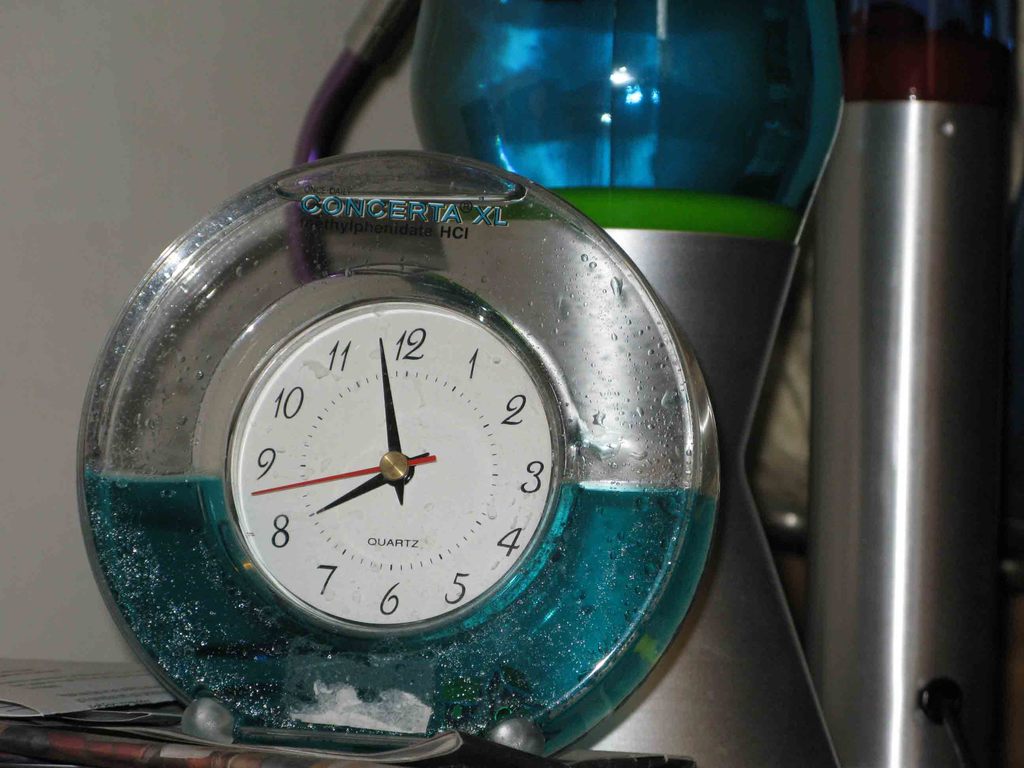 I am hoping the clear liquid from this clock will help to top up the liquid in my Color Fountain. Although I do seem to have lost rather a lot of it in the two filtering sessions.

Comment by Susan on June 2, 2010 at 12:33pm
Hi and welcome to the world of Goo, you sould like you've got it bad already! I'm only on lamp six, although it would be more if my Husband wasn't getting upset already lol.

Comment by ☆VixenGypsy☆ on June 2, 2010 at 10:17am
A very interesting blog post. Welcome to the obsession, fellow GooHead! I hope you find a replacement fluid.