For anyone interested, here are a few pictures of the newly completed Space Shuttle (actually, it's called 'The Orbiter.)

It took much longer than I expected...

But I also found time to make a pair of rockets (while I'm still waiting for the aluminium spinner to finish off making my new nose cones and bases for my next six Lunar sized rockets... Watch this space.) 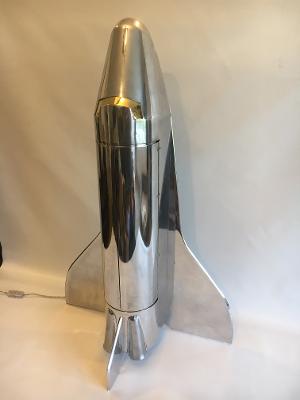 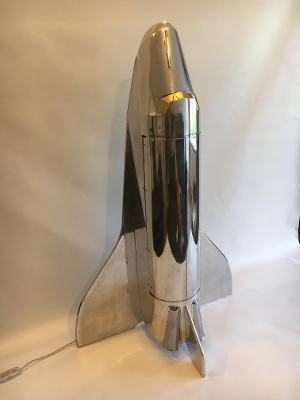 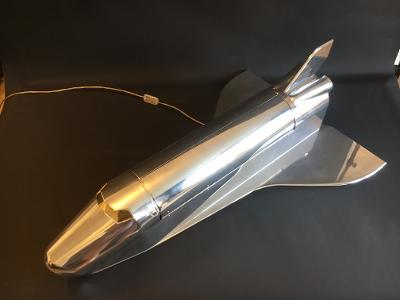 And a few pics of it with the doors open... 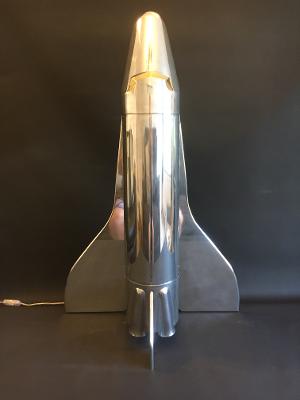 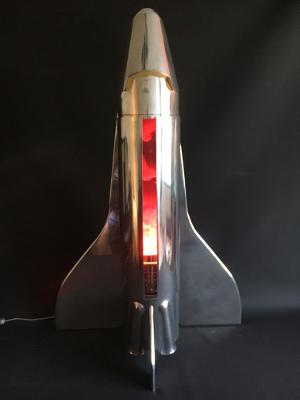 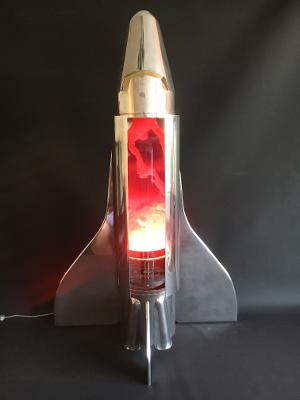 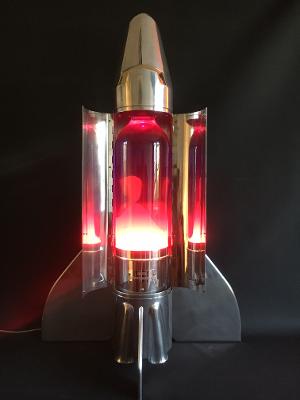 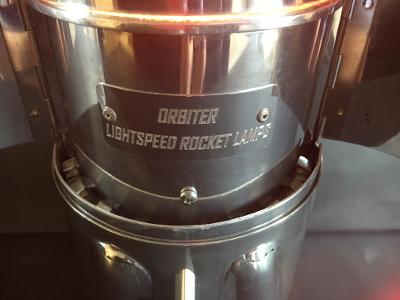 And a couple of rockets... 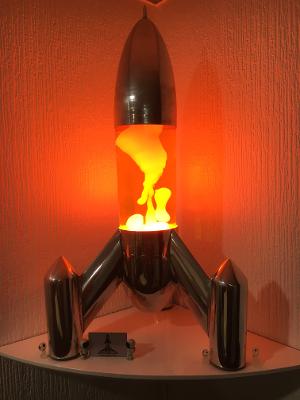 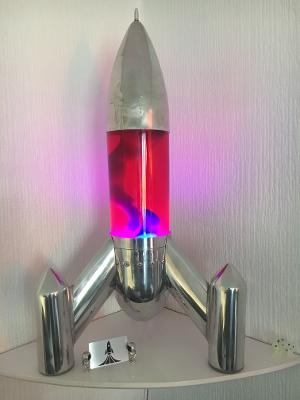 The shuttle (sorry, Orbiter) is 3 feet tall (90cm), the rockets are slightly less.

Thanks for all the kind words guys.

I've added a couple of pictures to better show the detail around the bulb cover area (where the plaque is.)

My original idea was to simply have a C shaped infil between the bulb cover and outer fuselage (I had to make the bulb cover recessed in slightly to allow clearance for the rivets on the hinges...)

I made some bent tabs for the infil piece to sit on and decided that I quite liked the 'jet turbine' effect, rather than having a plain C piece.

So I spent a day making layers of 'turbine' blades!

(And yes, before someone points it out, I am aware that there are no jet turbines on a Space Shuttle!

I just liked the visual appearance of it!) 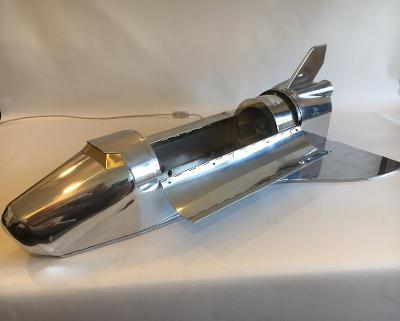 In the above picture you can see the space between the bulb cover and the outer fuselage at the rear of the shuttle (sorry, Orbiter...) and might just be able to make out the 'turbine' blade effect.

Below is a closer image looking down the lamp when it's upright.

The lamp has an internal aluminium heat shield 'cone' to direct more of the bulb's light and heat towards the base of the bottle (to speed up its warming time) and also a flexible 'heat resistant mat' (a soldering mat) to prevent heat leaking outwards (but the bulb cover still gets quite warm, about the same temperature as a central heating radiator on full blast - not too hot to touch, but you wouldn't want to hold on too long!)

Believe it or not, the rest of the lamp is barely warm at all!

Even the base of the lamp (below the bulb cover) is only slightly warmer than room temp.

I made cut outs in the heat mat, so some light spills into the base, so the 'turbine blades' are lit internally from below.

Its a nice effect in a dark room, but can hardly be seen otherwise (I may have another go to let more light shine out.) 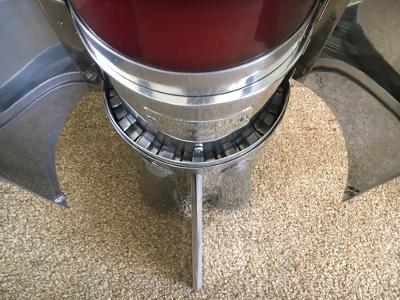