The Blues Magoos and their Psyche-De-Lites!

For readers who don't know, the Blues Magoos were one of the first 60s bands to refer to themselves as "psychedelic." And by the late 60s, the management they got began marketing them aggressively using that term. But they also managed, somehow, to have an exclusive Lava Lite, sold only to their fan club - and, stranger still, got the Lava Lite name to NOT be associated with it whatsoever! (See attached images)

The fan club lamps, called the Psyche-De-Lite, had a Consort bottle, a wide, conical red base, and a brass cap. The band also toured "with two giant Psyche-De-Lites." Yep, Imperials. In the attached photos, the band is grouped around an Imperial, with two members (on right) holding Psyche-De-Lites, and one at bottom left holding the "Apollo" aka Expo 67 lamp, which is black and has a similar, yet smaller cone than the red ones.

And here is the only footage I can find of the Blues Magoos with a Lava Lite. The lamp itself is not shown; we only see a close-up of the bubbling goo which can only be an Imperial!

Jonas - just got done listening to their Psychedelic Lollipop album.  Liked it!  Thanks for posting.

Note that, in the ad for the lamps, they talk about the red LAVA, the glowing red LAVA. But they never say Lava Lite!

I guess glowing red LAVA sounds more exciting than just Lava Lite!   That price is a true case of hindsight being 20/20.  :-) 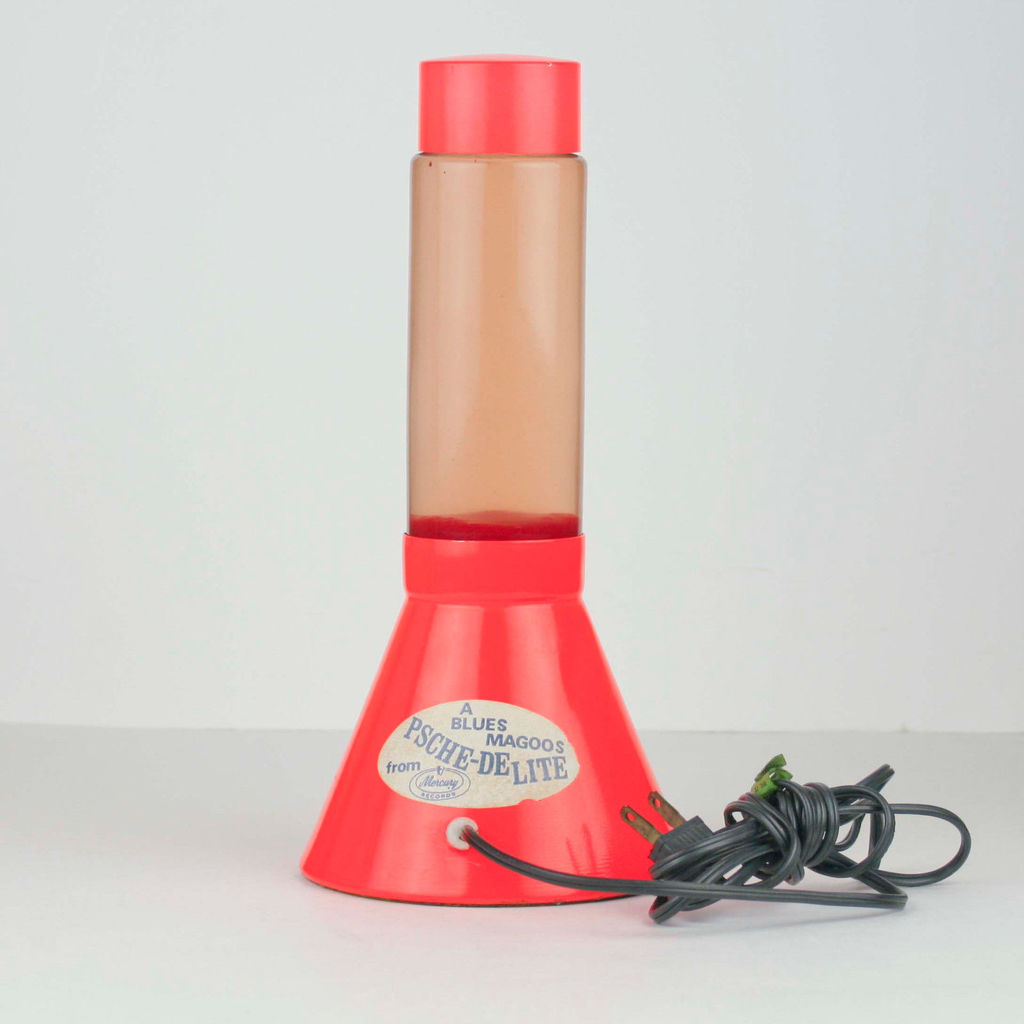 Standing drummer drumming when there are no drums in the track

No kick drum when there are base drums in track

Word out of mouth dont match the vocals..

I remember the song all to well