I just read the discussion about a lava lamp that a member from this forum who received a cloudy lava lamp that was shipped from the U.S and arrived cloudy in Denmark. First of all I was very frustrated when I read it and I thought this was a pretty bad example of pure deception so unfortunantly he is going to be the main poster victim of this ranting and raveing.

Second of all: I'm a former lava retailer and I stopped selling them because I could not promise my customers that they would arrive as it looks in the picture. For the first year in buisness we were shipping these lamps from Michigan to Canada and beleive me............talk about a headache. The lamps were horribly cloudy and of course we were telling our customers that indeed as he was told too..........to keep it in a cold spot and it should just clear.............or the alternative........run it for 6 hours straight for a few months and it should clear up and this is perfectly normal when its shipped.

Lets get to the facts: does this really work and is this condition really normal and should lava lites have even processed the sale fully knowing that there a 99.9 risk that the lamp would arrive looking bad enough to the point where there would be a new addition to the shed outside with the reast of your junk. But they went through with sale anyway and he got screwed. The first cloudy lamps our customers received were picked up and sent back to us so out of curiosity and to better understand situation we took their advice and the suggested methods to work and after weeks, months, and years.......still looks like that piece of crap he got from lava lites.

But unfortunantly this issue is not limited to just gandes. All of them and even after filtering (and why should you have to filter something with) it still looks. Simply put: I stopped selling because it became clear that allthough buisness was good.......it was a moral issue. As good people we didn't want to sell crap.

Here's a excellant point and a clear example. When you purchase a grande lamp or any other lamp for that matter the customer receives a note saying that if your lamp is cloudy its normal. If its so normal then why is not a disclaimer showing that your lamp may look like this upon delivery? ...and show an actual picture of one before you buy it? This is my opinion: All retailers should take a picture of a cloudy lava lamp and should have it posted before the point of sale and clearly described to consumers that this can happen as a result of shipping. People should know that this can be a very good possiblity since this is self-described very normal by the very company that makes them. But by all means I beleive that this is a consumer protection issue. They are selling product that's being false represented but we know that reason why retailer will not take this approach is because consumers will spend their money on something that actually lookes close to what they thought they were buying.

So to all of those people that received crap from that company this little rant is dedicated to you, 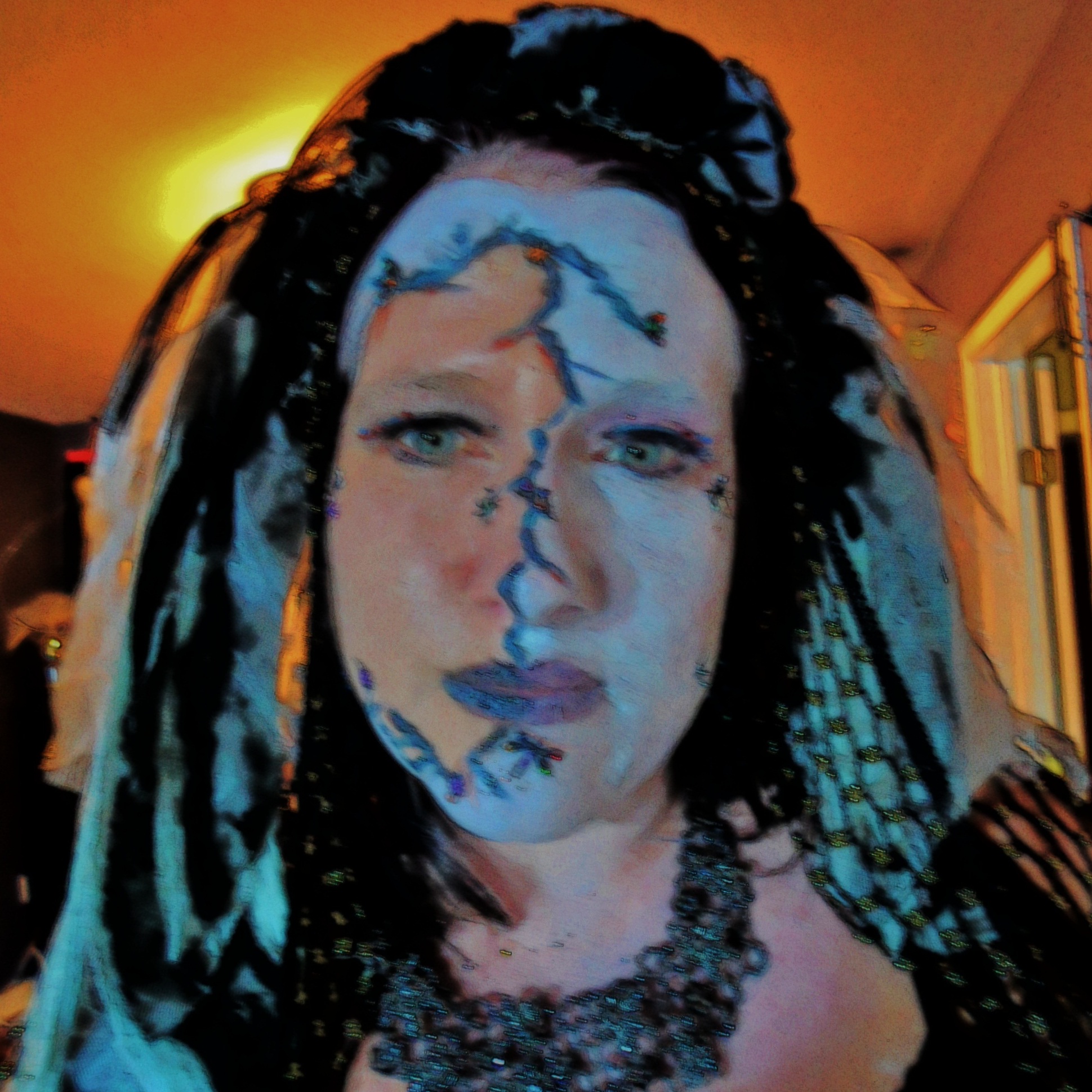 Speaking from my personal experiences.. I have bought enough lamps that are crystal clear on internet photos and when have gotten are cloudy..and have gotten plenty that are not..   Ones that are I have gotten during summer months and have spent a week in transport. Most have cleared after a series of cycles.. Some clearing in weeks and some clearing in a couple months. One of which hasn't... of this I am bummed because in photo it was clear.. I know it is same lamp since I almost always request to see cap and this cap has same scratches on same numbers as photo.  This lamp did take an unusual amount of time to arrive to me.

After a round of a few sellers lack of proper packing got me 3 demolished lamps I took matters to a different direction and in the most respectful manner but a complete kindergarten break down on how I would like my lamp packed I found a gem of a product in packing that has gotten me crystal clear,,, and even after a week to 10 days in transport a bottle that was cool.. to the touch.. the packing also insulated the bottle..

Now I am not swearing on this packing material but I am trying to * even if i can get a seller to let me first mail them this product and then ship my lamp to me with the bottle more safe and stable than anything else as far as I am concern.. I would rather wait a few weeks for a clear .. no residue in water due to lava being beat up from smacking into the glass..and not to mention no having to run cycles...to be able to enjoy a lamp straight out the box as it was meant to be..

If at all interested in what I am using contact me.. as I will not proclaim some cure for cloudy bottles until i have used it enough times to see if it is truly beneficial to lamp shipping.. I am taking photos of each and every one.. as a history.. and then well.. we will see and of course pass it on as it would be an asset to our collections

Display lamps at the local Spencer Gifts are clear, and the employee I spoke with says they have indeed gotten better. He says the black/orange is a disappointment, as he'd hoped it'd show better, and both red/clear and green/clear tend to be murky, but other colors seem to be flowing and arriving clear and they don't have the return rate they used to.

Let me reiterate something I've said many times before: The current owners never ran a company which produced quality lamps. When they bought it from Haggerty, it had been in the dump for a few years already. But the lamps were still selling. And when the new owners came here to ask, "All you fanatics of Lava Lite, how do we change for the better?" half the site ran them off with torches and pitchforks, yelling, "Go out of business! You suck! Viva Mathmos! Your time is at hand!" and they left without any good incentive to get better...

...yet the fact that lamps are arriving clear and flowing - not 90s flow, but flowing - and they're bringing in new colors are good signs. I'm still giving them a chance. The fact that they hired back one of the chemists Haggerty fired in the early '00s and have sent him to China to oversee manufacturing is a good sign, too.

Mathmos will indeed soon be selling in the US, which is a good thing. But I do believe Lava Lite has an opportunity to get better, and I think they're beginning to really move forward. To Lava Lite, if you're reading the boards, the little rant above is for you. You can do it. SOME of us still have faith in you.

It's a never-ending conversation, isn't it?  ;)

There's a reason Lava Lite never shows pictures of actual products. Look at their website, look at resellers on eBay, look at Spencer's online, etc. They all use photo renderings that look very different from the actual product. When Lava Lite comes out with a new color combo, you'll never see an actual picture of it, just a nice, clean digital rendering. I follow them on Facebook and they NEVER post an actual photo of their new lamps.

I do think they're trying, I really do. But with production overseas, I just don't see them getting back to the formula they used pre-2002. For whatever reason, they're not using the same formula anymore (to cut costs?). I would like to see them succeed, but they aren't publicly acknowledging the problem and are instead blaming the cloudy lamps on shipping. If that's the case, explain my 40+ lamps shipped to me over the past year being clear with only a few runs!

I would like to tweak this a little and say that it was not half the site that ran them off, but a small handful of members (who are no longer here) that made personal attacks. You can be truthful and constructive without being mean, and those members were just flat-out mean.

And when the new owners came here to ask, "All you fanatics of Lava Lite, how do we change for the better?" half the site ran them off with torches and pitchforks, yelling, "Go out of business! You suck! Viva Mathmos! Your time is at hand!" and they left without any good incentive to get better...

interesting...now, I know a bit more about what happened...

Dont know if its me you mention in the title ? I come from Denmark and ordered a Grande from an Ebay shop in the US.. My Grande came so cloudy i couldnt even see if it had any wax in it at all .. I wrote about it in here..

Lava Lite did send me a new lamp free of charge however.. It was allmost as cloudy as the first one, which i by the way have managed to filter to allmost perfection...

But i feel your frustation.. I gave negative feedback to that ebay shop and i felt so bad about it, after realizing it wasnt their fault at all.. I managed to change my feedback from negative to positive however..

After this i have ordered Mathmos lamps from England to Denmark serveral times and they have never been cloudy.. Not even a little bit.. So this is a Lava Lite issue.. And i hope they will fix it soon because if they dont, maybe they will get in big trouble..

So this is a Lava Lite issue.. And i hope they will fix it soon because if they dont, maybe they will get in big trouble..

Its a ongoing issue with lava lite ever since they moved there production to China and cut costs. We dont realy know if they are sorting out the issue and weather they will get there lamps back to there previous standerds. It would be a shame if they carried on making rubbish and eventulty get overtaken by Mathmos.

Permalink Reply by Da9L on September 10, 2011 at 7:31am
Tim thats exactly what i mean.. If they continue with their current standards, with mathmos coming to the states, they will quickly take over.. And that would be a shame in my opinion..