Found oozinggoo.com when I was looking for ways to repair the Grande I picked up at CostCo a few years ago.  It's one of the Chinese made ones that has gone extremely cloudy and ceased to flow (going to try replacing the fluid one of these weekends).

It was here that I found out about really big Lava lamps.  I was bowled over by videos of the  Colossus lamps and really want to see if I could get one, I couldn't find them available anywhere so I wrote LavaLite.  I wanted to let this group know what I got this from Lava Lite today:

Sadly these prices are outside of my discretionary funds, even though they include shipping.  I post it in hopes that someone here may be interested.

and razerface posted four hours ago. so....

That thing is awesome. Brand new. THE holy grail of lava lamps.

My wife has been after me to sell my “extra” colossus. It has sat in the living room since purchased in 2013. Tore the box off, but never assembled and started. It has morphed into a table on top of the styrofoam. My other red/clear had finally settled down and runs perfectly for days if i leave it on, so we never assembled this one as the planned spot for the pair never got built. Only regret is the base and cap for the second one is silver. They did not have 2 matching bases when i got them.

i was bored this morning so i just reread all 82 pages of this thread.

I wish my camera could accurately capture the red colossus 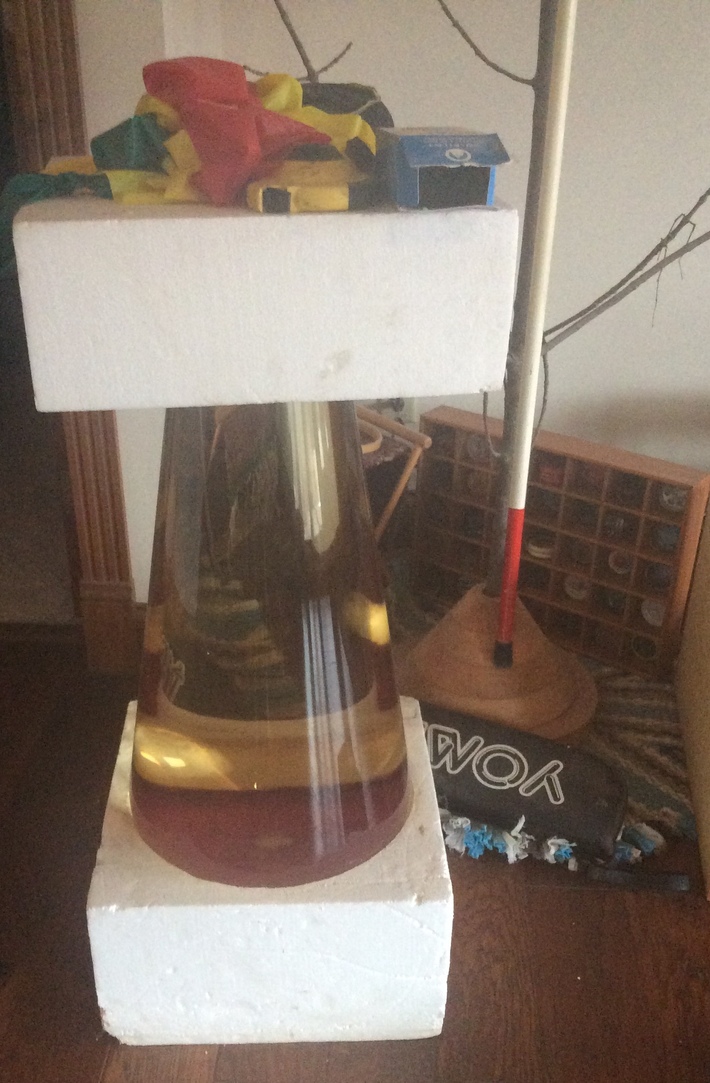 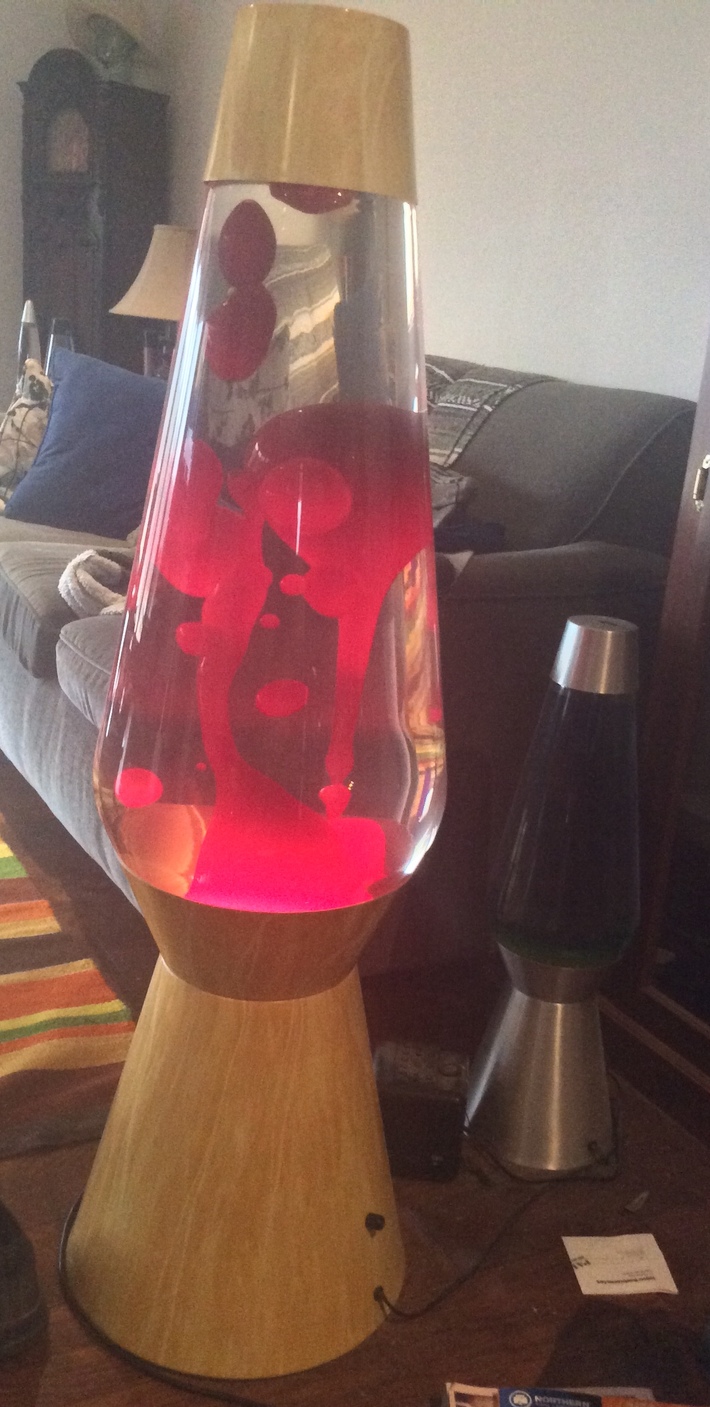 Razerface I pruned your posts for you. There should be a red X at the top right corner of your posts so you can delete extra posts if it happens again.

Hi Andy, thanks for that info, very helpful indeed. There's a much liquid in that as some small aquariums, plus the 250w 8 hour warm up was enough to make me run in the other direction lol.

No I've not seen Marcels's Princess replicas, I will have to google them. The only lights I really know a bit about are Mathmos and Crestworth, I guess because I've always had those, I especially like the fact you can change the globes of an astro and you don't have to throw the whole lamp away or learn how to make your own goo and liquid :)

Yes they take about 8 to 10 hours to start flowing.  For optimal flow a few days until you get the dimmer tuned just right.   I also never warm mine up on full power because of the risk of cracking the globe. So it usually takes mine a day to really get going since I warm it up gradually.   Then another few days to get the dimmer tuned for optimal flow.  Once it's going I usually leave it on for about a month at a time.

They do use a 250 watt heat lamp.   Holds about 9.5 gallons of liquid and a gallon of wax.  I had to completely empty mine and filter it when I first got it because it had clouded in shipping.  I pumped all the liquid out into two 5 gallon buckets.  Then heated just the wax and let it melt and resolidify with no liquid in the lamp to recombine it.  Then I pumped the liquid back into the lamp using one of those ceramic water filters that you'd use for camping to pump water out of a steam to drink.

Was a tiring process but in the end the lamp turned out beautiful.  Took a few runs after the filtering to fully clear up but its crystal clear now.  When I got it you couldn't even see the wax at all...was just a globe full of cloudy purple liquid.

Flipping heck, I'd have been so upset receiving a cloudy globe. I would have thought there are not an awful lot of people that are capable or even willing to empty and refill a globe. Then if there's a breakage risk, again it sounds like you'd need skill and knowledge on how to operate them to avoid disaster. The best feature about a huge lamp for me would be the viewing area of the wax. We have owned nothing larger than a Mathmos Astro, it would be great to see several flows of lava at the same time, not just one going up and down and splitting into two then very occasionally three. Like the flow of the old Crestworth Princess, never seen on in person, but loved the photos I've seen of them, they would be very therapeutic to watch.

Is the Grand model available in the UK? I'll go and have another search.

That I'm not sure on.  I thought mathmos had an equivalent.  But maybe not.

That is a grand in the backround of my pic a couple post up. It is about the same hieght as the arm on couch
Jeff said: